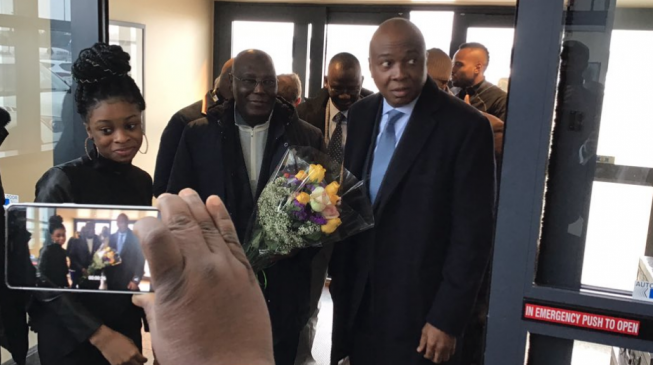 The former vice president said he will be meeting with US government officials during his stay in America.

“Just arrived Washington D.C for meeting with US government officials, Nigerians living in D.C metropolis and the business community,” he tweeted with his signature AA.

Saraki did not preside over the plenary on Thursday, as a result of the trip, while the PDP rally in Ogun State was also cancelled.

The Atiku campaign organisation had done all within its reach to keep his travel under wraps till the weekend.

Sources however revealed to TheCable that the former vice president had plans to meet the US business community and Nigerians in the country.

He is expected to speak at a roundtable hosted by the US chamber of commerce and the US Africa Business Centre on Friday.