Bafarawa: How I rigged ANPP primary for Buhari in 2003 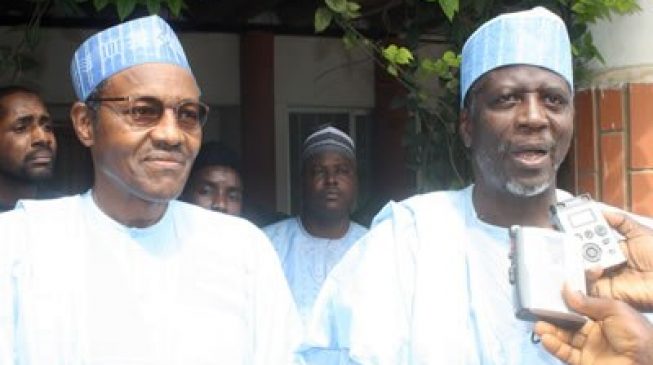 Attahiru Bafarawa, former governor of Sokoto state, says he manipulated the presidential primary of the All Nigeria Peoples Party (ANPP) in favour of Muhammadu Buhari in 2003.

Buhari got the party’s nomination but lost to President Olusegun Obasanjo in the presidential election.

Bafarawa, who was doubling as the party’s chairman then, said Rochas Okorocha was set to pick the ANPP presidential ticket following a mock primary conducted before the nomination convention.

According to him, Okorocha came first, winning 27 of the 36 states and the FCT, while Buhari could only win five.

These revelations are contained in a new book, ‘Politics as Dashed Hopes in Nigeria’, written by Auwala Anwar, PhD, and former special assistant to the president on FCTA from 2004-2007.

The preview copy of the book, published by Safari Books, was exclusively made available to TheCable and will be launched in Abuja on Thursday, January 31.

The book offers an account into the inner workings of the Congress for Progressive Change (CPC), the party founded by Buhari to run in the 2011 presidential election after he had fallen out with the ANPP having failed to win in 2003 and 2007.

‘HE DOESN’T EVEN KNOW OUR NAMES’

Anwar narrated how Bafarawa cajoled the state chairmen of the party to support Buhari after they had said they would not vote for him in the primary.

He wrote: “Buhari was not even able to secure all the 7 votes from his geo-political zone (north-west). When Bafarawa saw how dismally Buhari’s performance had been, he not only suspended the meeting for a break but also requested the state chairmen to stay behind for some announcements. He later cajoled the chairmen and explained to them that his preference was for Buhari to emerge the winner. In response, they all assured him that, although they were ready to do whatever he requested, as their leader, they were still not inclined to vote for Buhari.

“On enquiry, the chairmen explained that it would be foolish for them to vote for someone who did not even know their names. They charged that whenever he came across them, the best he could do to address them was to use generic terms of “Mister” or “Alhaji,” depending on whether a chairman came from the South or the North, respectively. They sensed the futility of supporting someone who did not bother to know them while he was seeking for their support.”

Okorocha, they said, had drawn close to everyone of them, even giving them N250,000 each to supplement their travel expenses.

In an interview with the author, Bafarawa, who is now a member of the Peoples Democratic Party (PDP), said: “I appealed to the chairmen to change their mind because of the prospects of the party at the polls if it were Buhari that emerged as our flag-bearer. I also directed one of my staff, Abdullahi Bida, a relation to Buba Galadima, to give each of them five hundred thousand naira (500,000). I later called General Buhari to meet me at the Niger State Governor’s Lodge, where I was staying. He came around 4 a.m. together with Sule Hamma.

“I informed him about the efforts I had made to turn the table against Rochas. I also explained to him that I had arranged for a private meeting between him and the state chairmen, later at 2 p.m. Furthermore, I begged him to be patient with all the criticisms and the complaints they would lodge against him.

“Additionally, I gave him five million naira to give them to fuel their vehicles back to their respective states. He collected the money and thanked me for all the trouble that I took to see him through. He later handed over the money to them at the end of their meeting.”

Anwar wrote: “The rigging of the mock election in favour of Buhari was not without resistance. Some of the southern aspirants, who learnt of the private meeting organised between Buhari and their state chairmen, invaded the venue and accused Bafarawa of nepotism. He responded by reminding them how he also arranged for similar meetings between some of them and the state chairmen.”

Southern aspirants withdrew from the convention, including Nnia Nwodo, now president of Ohanaeze Ndigbo, in protest.

Nwodo famously made his “my heart bleeds for Nigeria” speech while pulling out from the race at the convention ground.

After an unsuccessful second attempt in 2007, Buhari’s associates accused the ANPP governors of betraying him and left the party to form CPC.

Both ANPP and CPC are now part of the All Progressives Congress (APC) which won power in the 2015 elections in an unprecedented defeat of a sitting government.