Buhari: I’m sure all ongoing road, power, rail projects will be completed this year 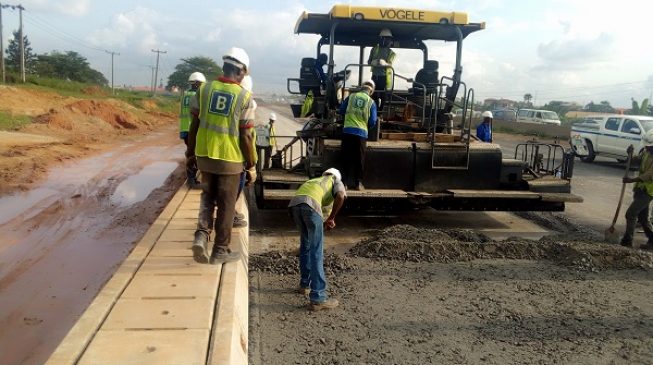 President Muhammadu Buhari says all the ongoing road, rail and power projects in his administration will be completed by the end of 2019.

Buhari gave the assurance on Saturday during the All Progressives Congress (APC) presidential campaign rally in Ibadan, Oyo state.

Addressing his supporters at Mapo hall, the president urged the people to vote massively for APC candidates at all levels.

According to him,  the nation would have fared better if the present administration earned what the Peoples Democratic Party (PDP) “wasted in 16 years.”

“Today, we are working seriously on infrastructure. Our roads, railway and other major sectors are getting utmost attention,” Buhari said.

“Our ministers are working seriously on the rail, power and road projects. I am very sure that all will be completed by the end of this year.”

Speaking during a rally in Osun state, Buhari said his administration will not dwindle in its efforts to fight corruption.

He also said the security situation in the country has improved significantly compared to when he assumed office in 2015.

“We are doing our best. People are being investigated and prosecuted and we will continue to do that,” he said.

“The reason we are here is to tell you the condition we met the country and the promises we made in 2015.

“When we came in 2015, 17 local governments in Yobe, Borno and other parts of the north-east were under the control of Boko Haram but today we have liberated them all.

“The only thing they are doing now is targeting soft places like motor parks, and market places.”