Danjuma: There’s a plot to use police, soldiers to rig elections 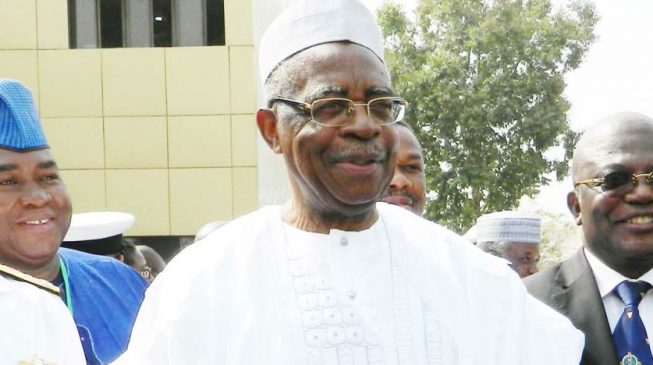 Theophilus Danjuma, former minister of defence, says the Muhammadu Buhari-led administration has plans to use police and soldiers to rig the coming elections.

The retired army general made the allegation on Tuesday at the inauguration of a medical laboratory at the Rufkatu Danjuma Maternity Hospital in Takum, his hometown in Taraba state.

Describing Nigeria’s democracy as primitive, he said there is a plan to cause unrest that would make some states ungovernable in order to manipulate the elections.

“We must work hard for peace in addition to just registering and obtaining our permanent voter cards,” he said.

“There is no need to fight one another because they will use the police and soldiers to destabilise us and rig the elections.

“It is in our best interest to ensure there is peace. Those behind this plot know that they will not win elections if there is peace. I want to call on you not to sell your votes because you will be selling your birthright if you do so.”

The US had also raised concerns over the neutrality of security agencies in the elections, starting in February.

Former President Olusegun Obasanjo had also questioned the impartiality and competence of the Independent National Electoral Commission (INEC) to conduct a credible election.