Despite court rulings, CCT bent on proceeding with trial of Onnoghen 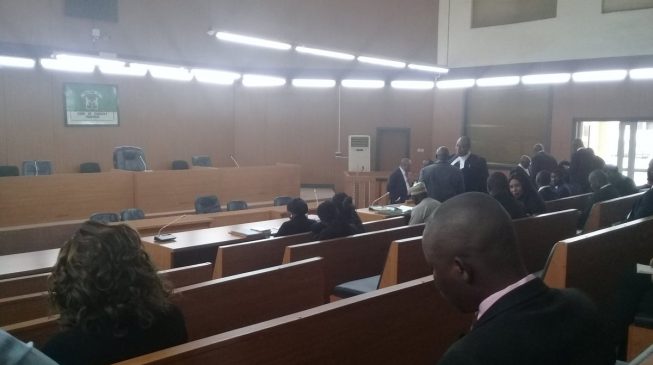 The Code of Conduct Tribunal (CCT) says it will proceed with the trial of Walter Onnoghen, chief justice of Nigeria (CJN).

The CCT gave its ruling at its resumed sitting on Tuesday in spite of two court rulings against Onnoghen’s trial.

While two members of the CCT panel presiding over the case ruled that the trial be continued, the third member opposed them.

On two occasions, the National Industrial Court (NIC) gave an order restraining the CCT from proceeding with the trial. A federal high court had also ruled against the trial.

At the resumed sitting, Danladi Umar, CCT chairman, said the orders of the federal high court and the National Industrial Court are null and void.

He said the orders are not binding on the tribunal and that none of the courts can stop the tribunal from carrying out its constitutional duties.

Umar, however, ruled that the pending application challenging the jurisdiction of the tribunal to hear the case will proceed.

“The issues before the two courts are hereby discountenanced and have no binding effect on the tribunal,” he said.

The third member of the CCT panel gave a contradictory ruling, arguing that the CCT is bound by the orders of the federal high court and industrial court.

“The CCT cannot operate in isolation,” he said.

“The issue of the jurisdiction remains unresolved. Since this is the case, it will be dangerous to proceed without resolving the issue.

“I am praying that the status quo be maintained and the appeal should be allowed to decide the matter. This case should therefore be adjourned sine die (indefinitely) pending the determination of the appeal.”

The CCT subsequently adjourned till Monday, February 4, for continuation of hearing.