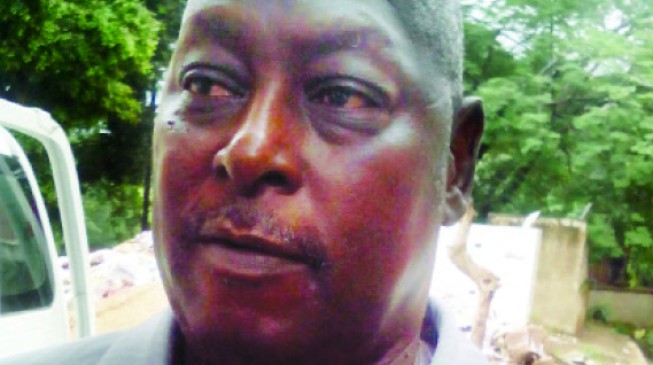 The Economic and Financial Crimes Commission ( EFCC ) has filed a 10-count charge against Babachir Lawal, former secretary to the government of the federation.

The charges were filed at a high court in the federal capital territory (FCT).

The agency also filed four counts against Ayodele Oke, director-general of the National Intelligence Agency (NIA), and his wife, Folashade, before the federal high court in Lagos. They were charged over a huge sum of money found in an apartment in Ikoyi, Lagos.

Oke and his wife will be arraigned in court on Friday, while Lawal will be in court next week.

The development comes one week after Vice-President Yemi Osinbajo said President Muhammadu Buhari had prevailed on anti-corruption agencies to prepare criminal charges against Lawal and Oke.

Lawal’s travails began on December 14, 2016, when the senate ad-hoc committee on “mounting humanitarian crisis in the north-east” indicted him of fraud in a contract awarded for the clearing of “invasive plant species” in Yobe state, through the Presidential Initiative on Northeast (PINE).

PINE, which was under Lawal, was at the time unable to account for N2.5 billion allocated to it for the alleviation of the IDPs’ suffering.

Lawal’s crime, according to the ad-hoc committee, included his alleged spending of N570m to cut grass.

Rholavision Engineering Ltd was also said to have got suspicious payments of N200m from the contract.

Rholavision’s bank statements and other documents obtained by TheCable at the time had shown how Josmon Technologies Ltd, a company that got the contract from PINE to clear grass for N248, 939, 231, made cash deposits of N10m into Lawal’s company’s account 20 times from March 29.

Although the former SGF had claimed that he resigned from his company on August 15, 2015, and as a result was not a party to whatever business it contracted, TheCable had also confirmed from a document from the Corporate Affairs Commission (CAC) that he was a director of Rholavision until September 16, 2016, when he wrote to the commission informing it of his intention to relinquish 1,500,000 ordinary shares.