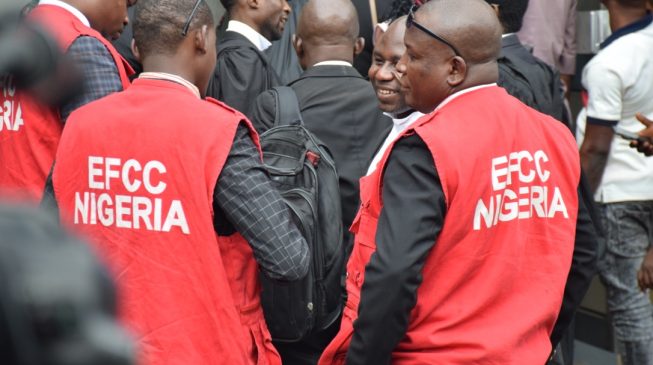 There are no plans by the Economic and Financial Crimes Commission (EFCC) to arrest Walter Onnoghen, the chief justice of Nigeria (CJN), over allegations of corruption, senior officials of the agency have told TheCable.

The social media was awash with reports on Tuesday evening that his house had been raided by the EFCC.

Some reports even alleged that he had been arrested.

Yinka Odumakin, the Afenifere national publicity secretary, had recorded a short video broadcast on social media Tuesday afternoon alleging a raid on the residence of Onnoghen, who had failed to appear before the Code of Conduct Tribunal (CCT) on Monday over charges of non-declaration of assets.

However, TheCable did not see any EFCC operatives at the CJN’s residence on Tuesday evening as alleged.

TheCable also confirmed that the CJN has not been arrested.

His spokesman, Awassam Bassey, told TheCable that he left Onnoghen’s residence “about 30 minutes ago” and the CJN was at home.

He spoke to TheCable at 6pm, hours after the raid rumour had gone viral.

A high court has restrained the CCT from going ahead with his trial.