El-Rufai: Ordinary citizens will reelect me… to break barrier of progress erected by Kaduna elite 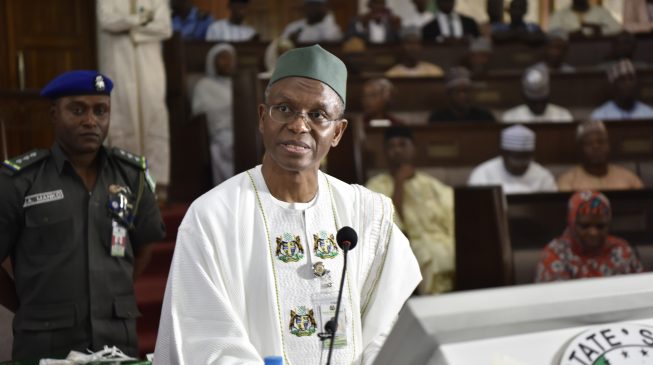 Nasir el-Rufai, governor of Kaduna, says he is confident the ordinary citizens in the state will support his bid for a second term in office.

The governor said this on Saturday while speaking on a FRCN Radio Nigeria Kaduna programme.

He said his nearly four years in office has been dedicated to the plight of the poor masses against the wishes of the elite.

“The barrier to progress erected by the elite and a few individuals must be broken,” he said, adding: “And we will not be intimidated or distracted from putting the ordinary citizen first by mundane and divisive politics.

“Our trust is in God. This gives us the confidence that the ordinary citizens of Kaduna state see and appreciate what we are doing, and will support us to victory.”

“Our resources must be used for the health care, security, education and economic development of ordinary citizens who have lost access to basic infrastructure for decades.”

The governor said the use of religion and ethnicity to promote selfish agenda is stalling Nigeria’s progress.

According to him, “when it comes to public service, some people will not be concerned about real development but will start talking of religion and ethnicity. This is a serious problem and is part of the reasons for Nigeria’s retrogression”.