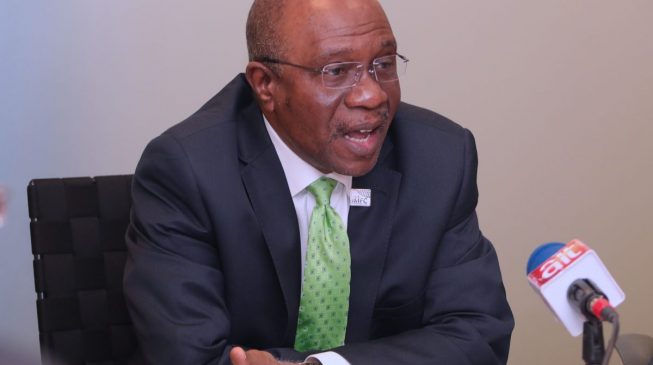 Godwin Emefiele, governor of the Central Bank of Nigeria (CBN), has warned that floating the naira would be disastrous to the nation’s economy.

Emefiele said this during the monetary policy committee (MPC) meeting of the apex bank in Abuja.

In November 2018, Atiku Abubakar, presidential candidate of the Peoples Democratic Party (PDP), had said it was worth the risk to float the naira even if it results in inflation, adding that any side effect would be balanced out by attracting more inflow of foreign currency.

But speaking on Tuesday, the CBN governor said adopting such a policy would be as good as going back to the “era of Structural Adjustment Programme (SAP)”.

“The MPC reviewed it and concluded that it would be wrong. It is as good as saying that we should go back to the era of Structural Adjustment Programme (SAP) in Nigeria,” he said.

“The implication can better be imagined. It will certainly lead to capital flight, lead to massive depreciation or devaluation of the currency and ultimately to currency crisis in Nigeria and I think we should all know that it is a road to perdition to ever go in that direction.”

The CBN governor also dismissed insinuations about the existence of a capital control regime in the country.

He said although the CBN is completely apolitical in its activities as an independent institution, it would not hesitate to respond to economic issues within its purview.

“There is no capital control in Nigeria today because you cannot find the CBN trying to intervene in the market for demand and supply of foreign exchange,” he said.

“We cannot be talking about allowing import of items that can be produced in the country today, exporting jobs from Nigeria to foreign countries, and we say we have the interest of Nigeria at heart? We don’t agree with anybody. It is a wrong premise to say that you will allow imports to just flood the country just because you want to please anybody. It is not in our interest.

“We will remain apolitical. We will not want anybody to drag the central bank into issues that are within our remit, otherwise we would respond to it.”