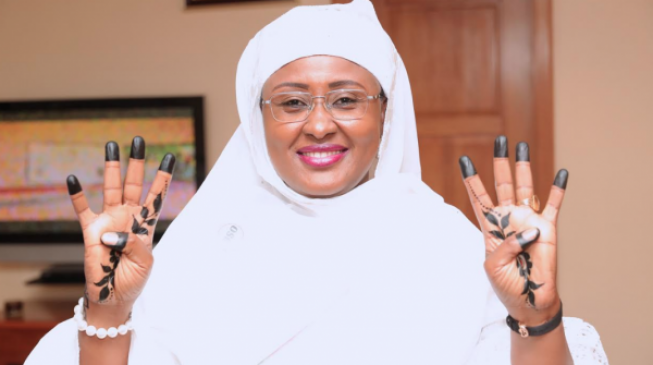 Aisha Buhari, the wife of the president, has gotten a tattoo on her hands to signify her support for her husband’s re-election campaign.

She showed off the tattoo during the inauguration of the APC Women & Youth Presidential Campaign Team, presided over by President Muhammadu Buhari, in Abuja on Thursday.

This is coming after she openly criticised her husband’s government during a 2016 BBC interview where she said she might not support her husband’s re-election bid.

The 4+4 sign was first used by supporters of Abdullahi Ganduje, governor of Kano state, as a way of canvassing for his re-election.

“Our votes were 15.4 million in the last elections and after that only for us to be dominated by two people… this is totally unacceptable,” she had said in December.

Responding to her claims, Buhari said: “That’s her business… This shows I am a real democrat… What they are saying is different from what is happening. They should come out and say those things they feel was done by the cabal… what the cabal forced to me to do. They should mention just one thing.”

Here are photos from the inauguration: 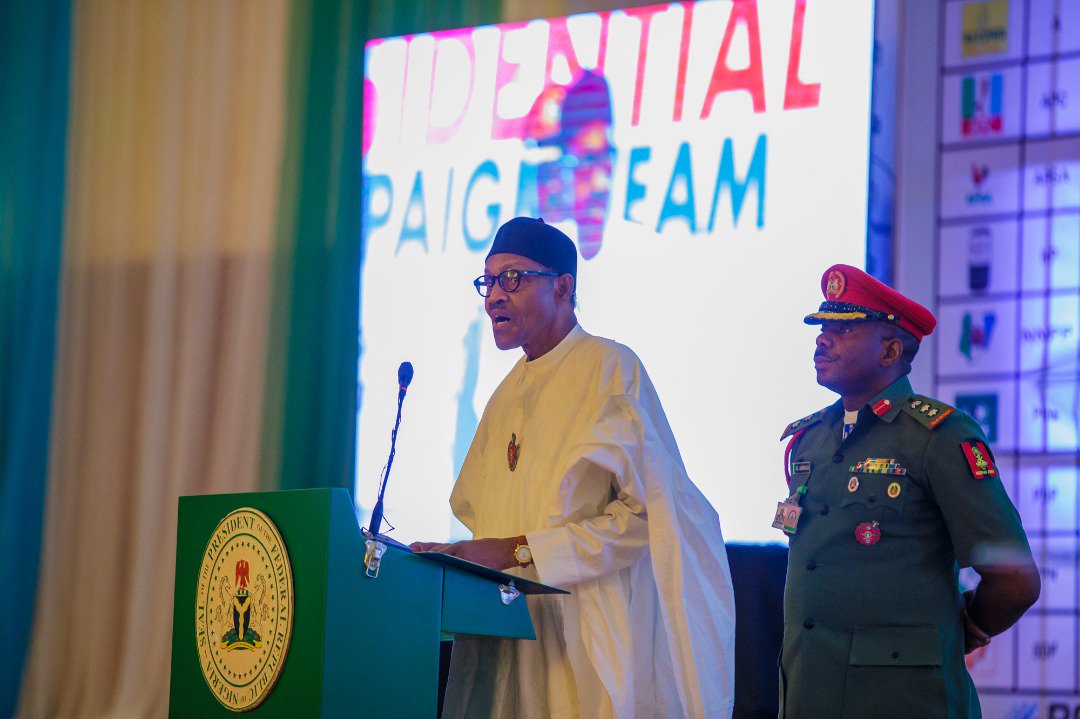 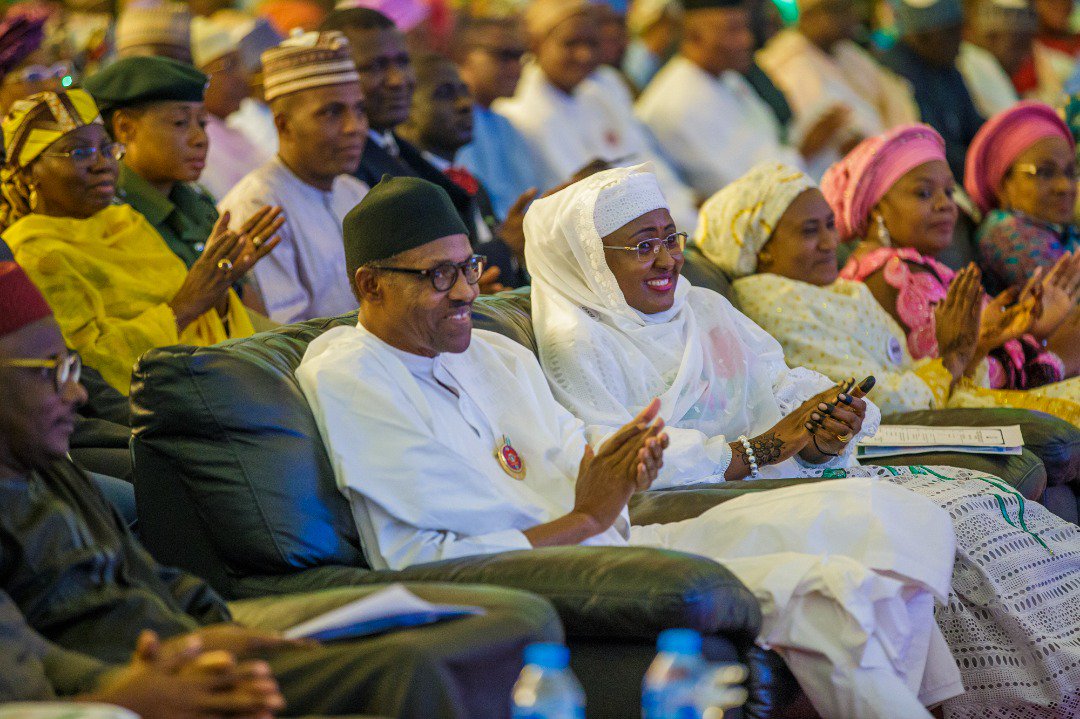 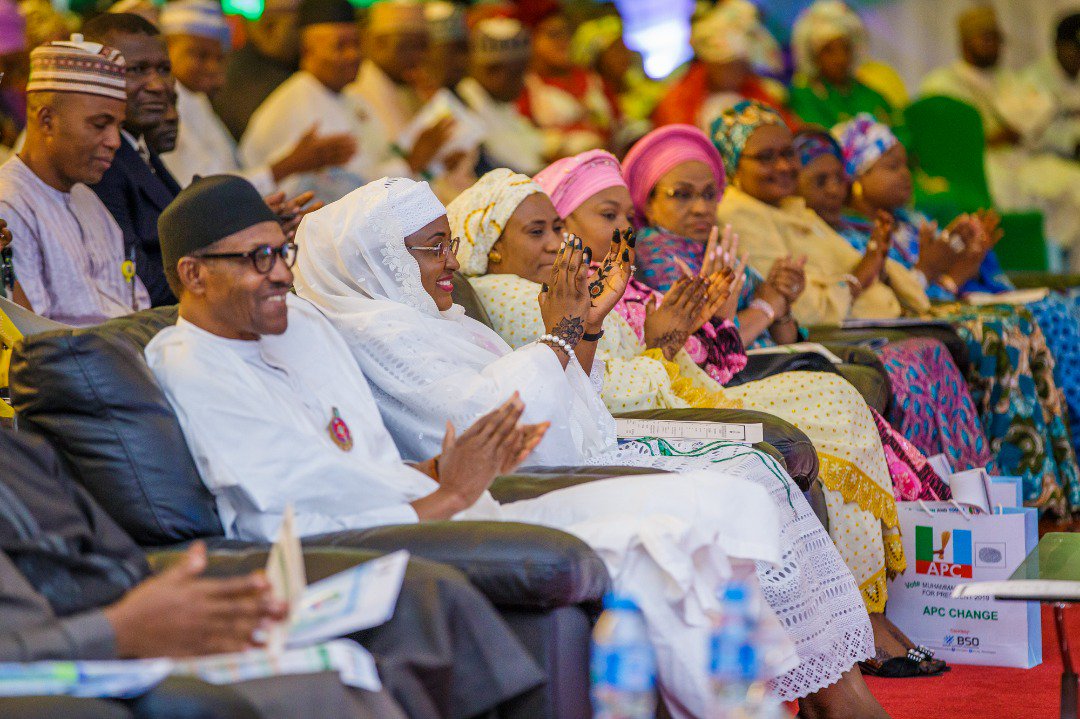 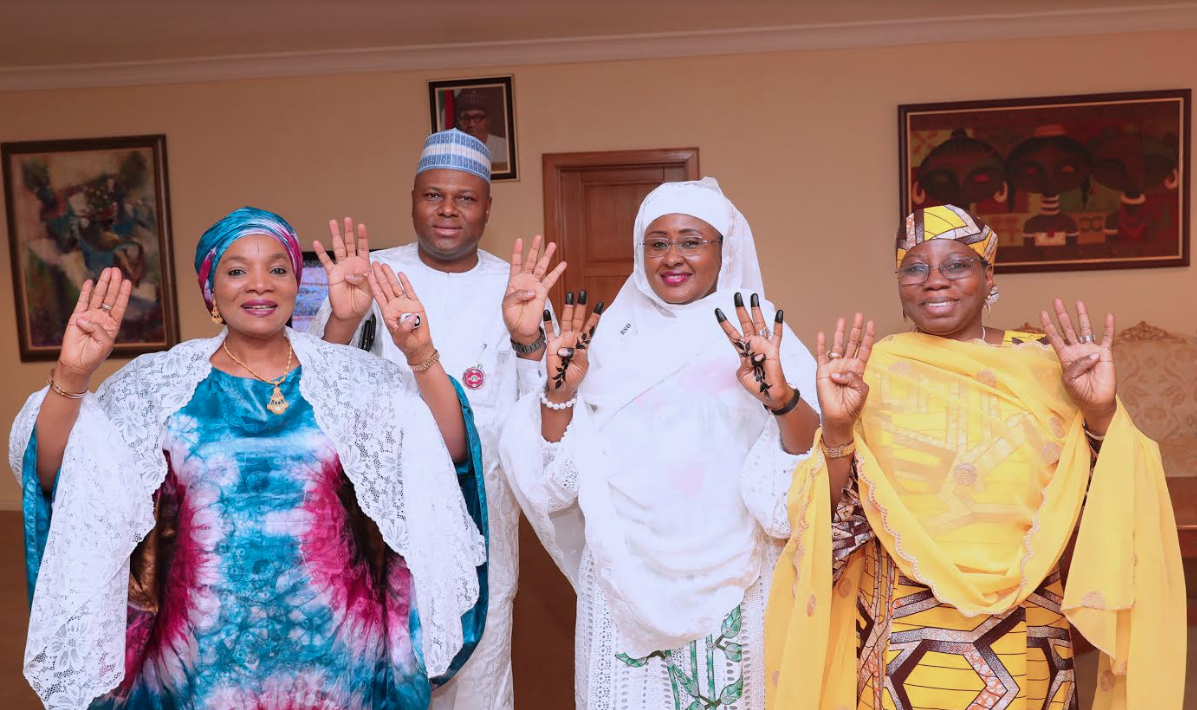