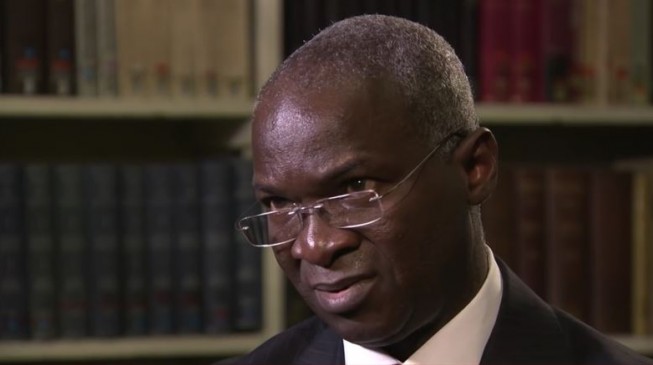 Babatunde Fashola, minister of power, works, and housing, has made numerous claims on the performance of the Muhammadu Buhari-led All Progressives Congress (APC), its public debt and unemployment figures.

Fashola, who said the promises made by the ruling APC were aspirational, also went on to make some controversial claims, which were greeted by public concern, and doubt.

TheCable took some time to verify Fashola’s claims, and here is a summary of our verdict, based on available facts and figures.

CLAIM: We are generating, transmitting and distributing more power than what we met

The 2018 Q1 and Q2 quarterly report released by the Nigerian Electricity Regulatory Commission (NERC) showed that the highest generation in those periods were 5,047MW and 5,162MW respectively.

CLAIM: 30% of our (APC government) budget is committed to infrastructure

VERDICT: Largely false. The only instance where 30% of the four budgets that has been presented by President Muhammadu Buhari was committed to capital expenditure was in 2018.

VERDICT: True. Atiku Bagudu, governor of Kebbi state, achieved this by improving distribution facilities and tapping into the electricity supplied to the Benin Republic from Nigeria. The state is said to suffer an average of five minutes of power outage.

CLAIM: We were importing almost $1billion worth of fish, we were exporting jobs

VERDICT: False. However, the point being made by the minister remains valid. As of 2013, Nigeria’s fish import bill was $1.2 billion according to data made available by the Food and Agriculture Organisation of the United Nations.

CLAIM: When Nigeria was earning over $100 per barrel of oil, our budget was N4trn. At the time prices dropped to $50 and sometimes less, we budgeted N6trillion, N8 trillion. Who is doing more with less?

VERDICT: Partly true. Although the figures provided by the minister are true in naira terms, the figures are different in dollar terms.

CLAIM: America is the biggest debtor nation in the world. We love America and hate debt. You want infrastructure but don’t want taxes.

CLAIM: NBS released our unemployment figures. NBS never released a number of people who lost their jobs, and they are two different things.

VERDICT: False. Although the Q4-Q3 unemployment report released by the National Bureau of Statistics said: “rise in the unemployment rate is not entirely equivalent to an increase in job losses”.

“Rather an increase in unemployment can occur as a result of several reasons, of which loss of an existing job is just one. A rise in unemployment generally means the number of people searching for jobs has increased.”

CLAIM: We were spending $1billion on rice imports, now we spend $18.5m a year.

VERDICT: Not supported by data. There is no evidence to support the claim that Nigeria is not spending $18.5 million a year on rice importation. In 2017, Audu Ogbeh, minister of agriculture, said the country was spending $5 million a day on rice imports.

VERDICT: True. Although Vice President Yemi Osinbajo made these same claims in October 2018, an analysis by BudgIT showed that the Buhari administration has actually borrowed $22 billion in three years but the debt figure increased by $10 billion because of naira devaluation.

NOTE: The Exchange rate of $ to 305.70 was used in converting the DOMESTIC debts to USD. #AskQuestions 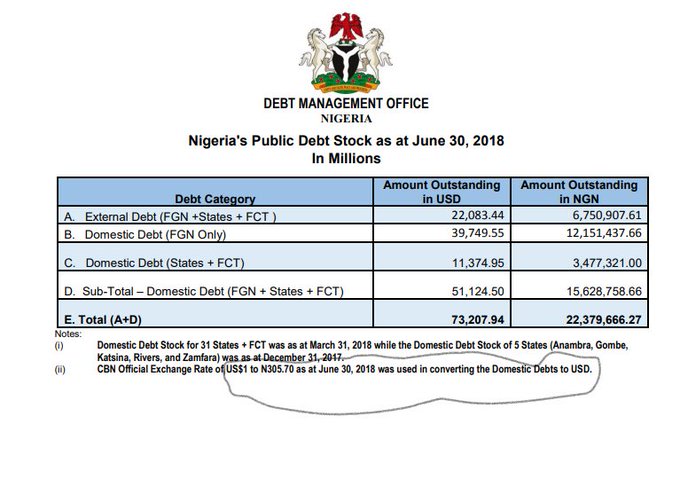 In our observation, this administration (FG alone) borrowed $22bn in three years but due to naira devaluation GAINS, total public debt stock (for the entire Federation) increased by $10bn, which makes current claims TRUE. #AskQuestions

156 people are talking about this