FULL LIST: Sokoto, Oyo, Enugu… here are the 23 states not contributing pension for their workers 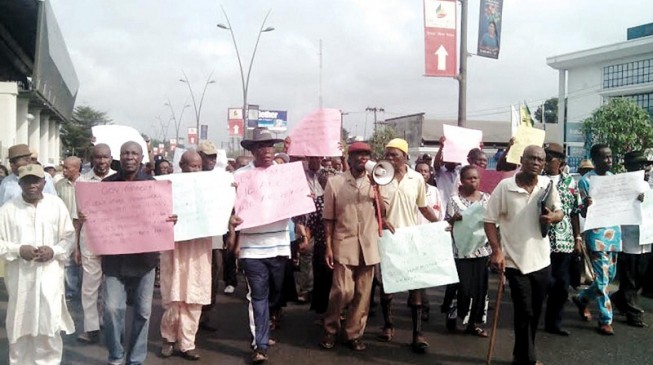 A new report by the National Pension Commission has shown that only 12 states of the federation have been remitting contributions into the retirement savings accounts (RSA) of their workers.
According to the third quarter report of the commission released on Wednesday, 24 states had passed laws on the contributory pension scheme (CPS).
“As at the end of the third quarter of 2018, twenty-four (24) States of the Federation had enacted laws on the Contributory Pension Scheme (CPS) while six (6) States were at the bill stage,” the report read.
“Five (5) States had, however, decided to adopt a pension scheme other than the CPS. In this regard, two (2) States had already drafted pension reform bills that were undergoing legislative processes. One (1) State had not commenced reforming its pension system.”
The report said Lagos, Ogun, Kaduna, Niger, Delta, Osun and Rivers states have started remitting pension into workers RSA and funding their accrued rights.
It said Zamfara, Kebbi, Ondo and Anambra have been remitting RSA but have not been funding the accrued rights.
In the case of Imo, PenCom said the state government is yet to commence remittance of its workers’ pension contributions but that the Imo State University has been implementing the CPS under the 2014 Pension Reform Act.
It stated that Kano state had yet to transfer its pension assets or commence the funding of accrued rights while Jigawa had transferred assets to six pension fund administrators for management.
Here are the states that have not been remitting workers’ pension contribution: