I have reached the pinnacle of my career, says ex-IGP as he bows out 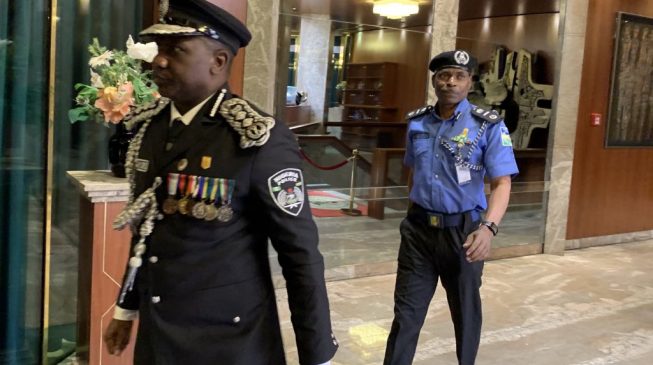 Ibrahim Idris, former inspector-general of police (IGP), has bowed out of office after clocking the mandatory 35 years in service.

There were reports on the attempts to extend his tenure but this was resisted by opposition parties and civil society groups.

Speaking with reporters shortly before Mohammed Adamu was named acting IGP, Idris said he put in his best while leading the force.

“I want to inform Nigerians that today I am 60 years and I think I have reached the pinnacle of my career. So, I am going to handover to my successor. He is an officer I know very well. We worked together in the past. I wish him success,” he said.

“The advice I will give is that just like in our time, he should try to go round the country and adopt measures to ensure that the Nigerian police force gives maximum protection to lives and property.”

Asked to comment on the major challenges of the police, the ex-IGP said: “Obviously. the challenges are in the area of recruitment. I am sure you are aware that the government has just given us approval to recruit more people yearly, by the grace of God by this year the number of police officers is going to increase considerably.”

He said the police are prepared for the forthcoming elections, adding that the record of the past would speak for the force.

“We are adequately prepared for the elections. We have carried out a lot of elections in this country and I think you will agree with me that the Nigeria police force tried in these elections,” he said.

“I am assuring Nigerians that the Nigeria police force are going to do their best in this coming elections.”