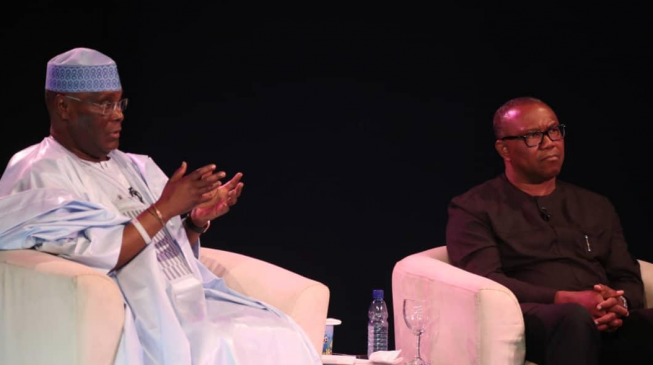 He said this when he featured on The Candidates, a live television programme on the 2019 elections.

Kadaria Ahmed, the anchor, had asked him: “Will you consider amnesty to people who have corruption cases and say bring some money and we will go on from there?”

Responding, he said, “Why not? It worked for Turkey. Turkey gave an amnesty and all the money abroad came back. The government said that if you bring the money, there is not even taxation. We want you to invest in manufacturing, technology and real estate. Look at Turkey today. It’s like any other European countries in terms of development. They drew a line. Why not, we can consider it.

“I believe there will be need for dialogue between the various branches of government. We are at a crisis point in this country in the issue of fight against corruption. We can’t afford delay. Before we review our procedures and laws, I think there is need we do something immediately. Then, I believe everybody will understand if you really intend to fight corruption.

“There was a recovery panel set up by President Obasanjo under my chairmanship, the attorney general and the national security adviser. By calling various people who have been alleged to have stolen money, we recovered over $4 billion which we paid back into the treasury. If you are to prosecute these people, up till now, you will still be prosecuting them.”

Atiku said the issue of corruption has been an impediment to the growth of the country, disclosing other means through which he intends to fight corruption.

Describing election rigging as a form of corruption that people do not pay attention to, he suggested that Election Fraud Commission be set up.