I’m a prophet the Igbo should listen to, says Ngige on 2019 elections 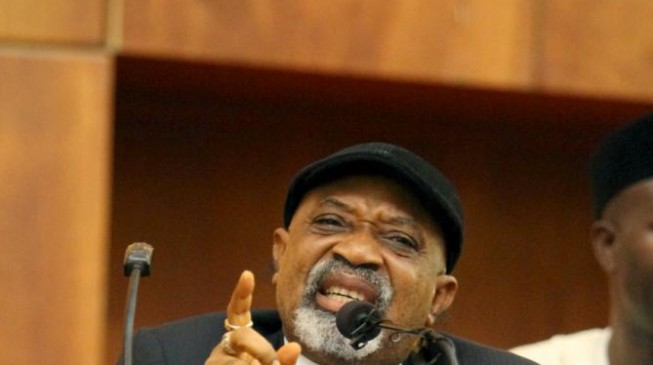 Chris Ngige, minister of labour and employment, says he is a prophet and the Igbo should listen to him ahead of the 2019 elections.

The minister said it is in the “interest of the Igbo” to vote for President Muhammadu Buhari in 2019 because he will win his re-election bid.

Addressing All Progressives Congress (APC) stakeholders and candidates in Anambra on Tuesday, Ngige advised the Igbo against giving the “sugar-coated PDP deceivers the chance to come and destroy” the country.

“I’m a prophet the Igbo should listen to. I said it in 2015 and I am saying it again to Ndigbo that Buhari will win the 2019 presidential election convincingly,” he said.

“It will be good and in the interest of the Igbo if we give Buhari another four years. By then, it will be ‘a pass and pass out’ for him instead of giving these sugar-coated PDP deceivers the chance to come and destroy and take this country to the precipice again.

“Those who abandoned the party at the last minute, thinking the party would not win any election would live to regret it.

“We should give President Muhammadu Buhari maximum support in the 2019 general elections, that is the only and shortest way to get the presidency for the Igbo.”

The minister described the promise of restructuring by Atiku Abubakar, presidential candidate of the Peoples Democratic Party (PDP), as “another deceit”.