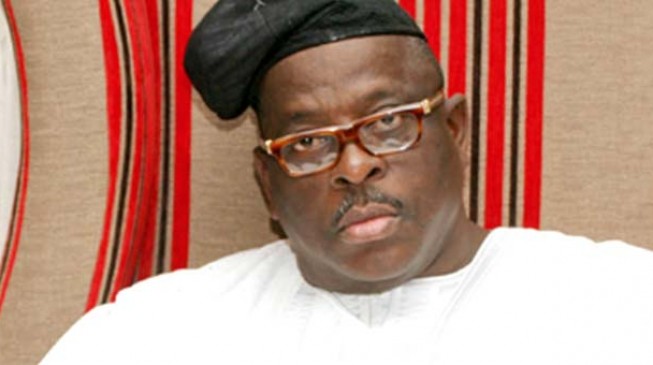 A federal capital territory high court on Monday dismissed the suit filed by Ladi Adebutu to challenge the nomination of Buruji Kashamu as the governorship candidate of the Peoples Democratic Party (PDP) in Ogun state.

Kashamu, senator representing Ogun east and Adebutu had been at loggerheads over the governorship ticket of the PDP in the state.

In the suit, Adebutu asked the court to declare him the authentic candidate of the party for the March 2 governorship election.

While delivering judgement, Ajoke Adepoju, the presiding judge, said the case filed by Adebutu cannot be maintained to declare him the governorship candidate of the PDP.

Adepoju said although Adebutu was nominated by the national working committee (NWC) of the party, the primary election where he emerged as candidate was conducted in violation of a subsisting court judgment.

The judge held that the PDP national working committee acted in bad faith by flouting a subsisting judgment of a federal high court delivered by Ibrahim Buba.

Adepoju added that the judgment was binding on the party and must be respected to protect the sanctity of court in the interest of the rule of law.

The judge said the national working committee cannot not conduct a valid primary election without the Ogun state chapter of the party until the judgment of the federal high court has been set aside by a higher court.

Adepoju dismissed the suit in its entirety, citing the need for sanctity and judgments of courts to be protected by parties or individuals.

With the judgment, Kashamu and the candidates that emerged through the primary election conducted by the Adebayo Dayo-led faction remain the party’s flagbearers for the forthcoming election.

On Thursday, Kashamu had called on his supporters to work with Adebutu in the interest of the party.