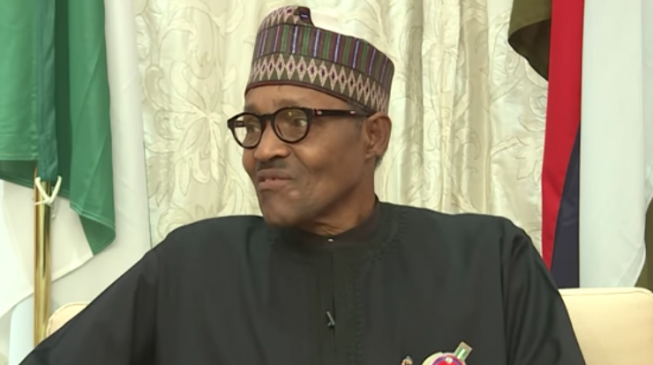 Speaking in an interview with Arise TV, the president asked the NLC how they expect his government and state governors to get N30,000 minimum wage, considering the struggle to pay N18,000.

“I have just mentioned how much this country was earning between 1999 and 2014, but there are states that were not paying salaries,” Buhari said.

“We had to do what you call bailout twice and then paid Paris Club and whatever it is, up till now there are states that for six months are not paying one kobo.

“So when the recruited labour wanted salaries to be increased, I had to relapse into my culture, Hausa culture, and told them about a mad woman; she went to make firewood, she made firewood, she tied it, once she couldn’t carry it because it was too heavy, she increased it instead of reducing.

“When they can’t pay the basic salary of N18,000 per month, they say it should go to N30,000. My budget presentation was no secret, I read it all out. Where do we get the money?

“Do we print more currency? If you do it, you cannot control inflation, but if we have to stay in government, they would force us to print more money, let everybody be a millionaire.”

The president said he needs the sympathy of the elite to take an in-depth study of our economic problem.

The federal government has, however, said the national minimum wage bill will be transmitted to the national assembly on or before January 23.