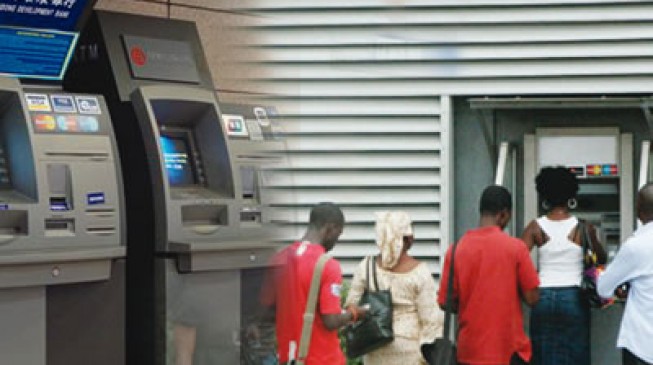 Diamond Bank Plc says all its customers across the world can now use their bank cards on Access Bank Automated Teller Machines without paying the customary N65 per transaction.

The bank made this revelation on Tuesday, while wishing its customers a happy new year.

“Wishing everyone a happy new year. Now with over 3100 ATMs free to use for all our customers,” the bank said via Twitter.

In 2014, the Central Bank of Nigeria (CBN) informed Nigerians that cash withdrawal at the ATMs of a customer’s bank is free, but withdrawal at another bank could cost you N65.

The CBN stated that the first three transactions in a month by the customer of another bank are free for the card holder but paid for by the issuing bank.

Diamond Bank is effectively saying all transactions across Access Bank ATMs are free, showing that the banks are now one in principle.

The bank, which is undergoing a merger with Access Bank, is expected to be the biggest bank in Nigeria, when the deal is concluded.

Diamond and Access Bank in a join correspondence to customers said they were bring the best of both banks together for the good of their clients.

The banks said the merger will lead to a bigger entity with 29 million customers, 3,100 ATM machines, 32,000 point of sale (POS) machines and 13 million mobile accounts. 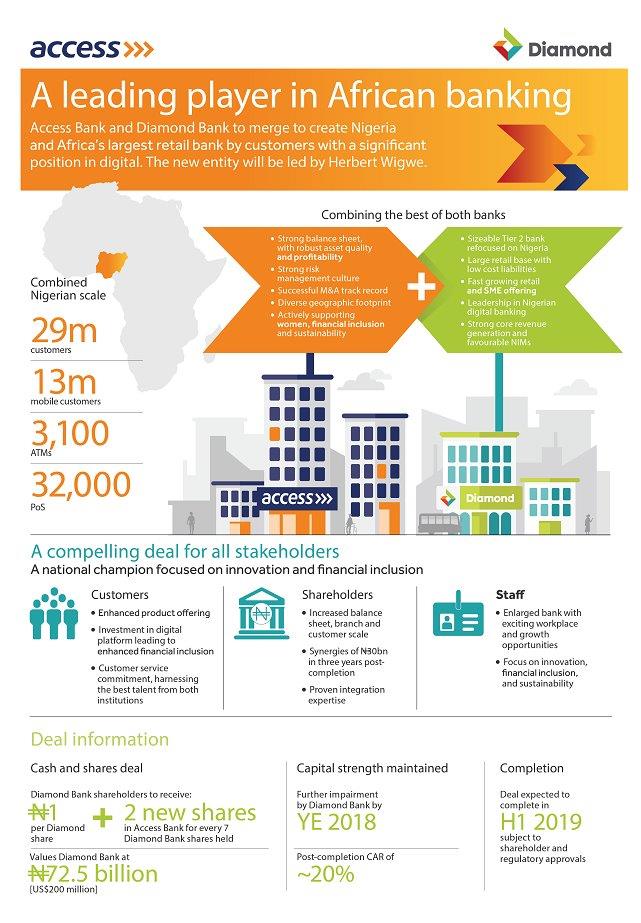