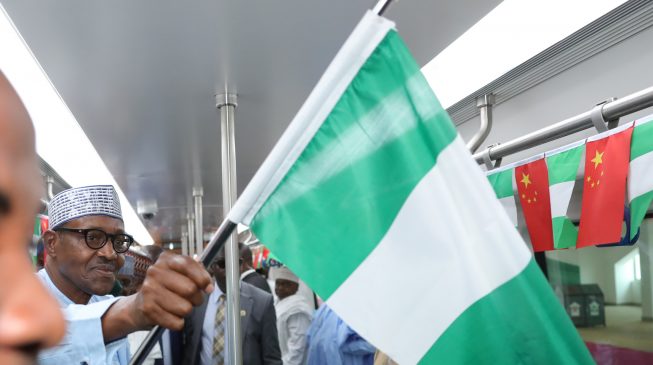 Good news: Nigeria has moved up four places in the Transparency International corruption perception index (CPI) for 2018, according to the latest report unveiled on Tuesday morning.

Nigeria’s score, however, remained the same for the two years at 27/100, a development generally described by Transparency International as showing that anti-corruption efforts have stalled in most countries  across the world — at least going by perception.

In a statement released along with the 2018 report on Tuesday morning, Patricia Moreira, managing director of Transparency International, emphasised the need “to do more to strengthen checks and balances and protect citizens’ rights” with many democratic institutions “under threat across the globe”.

“Corruption chips away at democracy to produce a vicious cycle, where corruption undermines democratic institutions and, in turn, weak institutions are less able to control corruption,” she added.

The index, which ranks 180 countries and territories by their perceived levels of public sector corruption in the opinion of experts and business people, uses a scale of 0 to 100, where 0 is highly corrupt and 100 is very clean, according to TI.

President Muhammadu Buhari, who came to power on the strength of his anti-corruption credential in 2015, is facing another election next month.

The administration has arrested many politicians and government officials and seized their assets, but it has also been accused of protecting members of the ruling party.

Even though Nigeria’s score of 27 out of 100 remains the same as it was the previous year, many will celebrate the movement in ranking from No. 148 to No. 144 as some measure of success.

An analysis by TheCable shows that on three occasions — 1996, 1997 and 2000 — Nigeria was perceived as the most corrupt country in the world.

The least-perceived to be corrupt on the continent is Seychelles, followed by Botswana and Cape Verde.

Somalia, for the seventh year in a row, remained the country perceived as the most corrupt, followed by South Sudan.

Sub-Saharan Africa is the lowest scoring region on the index, while Europe is the highest.