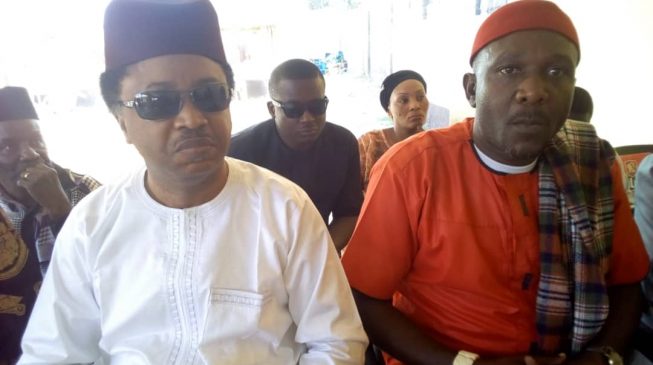 Shehu Sani, senator representing Kaduna central, has asked Nigerians to vote out the All Progressives Congress (APC) on February 16.

The presidential and national assembly elections will hold on February 16.

Addressing members of the Igbo Youth Peace and Unity Initiative in Kaduna on Wednesday evening, Sani alleged that the APC government had wreaked havoc on the people.

“We must not deceive ourselves, we must tell ourselves the truth, the nation is sick, the state is sick. Nigerians expected a better deal than what we are having today. People who begged you three and half years ago to vote them have turned themselves to demi gods,” Sani said.

According to him, the powers that be, want to unseat him to continue to enslave the masses.

“They want the seat of Shehu Sani in order to continue to enslave you. We are moving out of Egypt. Those people in power in Kaduna state represent the wall of Jerico that has to be pulled down,” he said.

“Kaduna central seat is not for sale, is not for a running dog, not for a puppy, is not for a puppet and is not for a hand bag boy. When you re-elect us into office, you are re-electing politics of principle, courage, bravery and value. You should not elect people who will go and do the bidding of their godfathers.

“Elect people who will do the bidding of the poor, the down trodden, the traders, the artisan, the mechanic, civil servants and the beggars in the street. It is unfortunate that our country, a very blessed one, but the leaders have identified with negative activities and evil actions.
“From the killings in Zamfara to Birnin Gwari, the killings in the north-east part of Nigeria and north central, of herdsmen.

“We have a duty to send a clear message to the leadership of the country that we can show you the way out just as the previous government was shown the way out of power.”

Sani was elected on the platform of APC in 2015 but defected to the Peoples Redemption Party (PRP) after losing his reelection ticket.