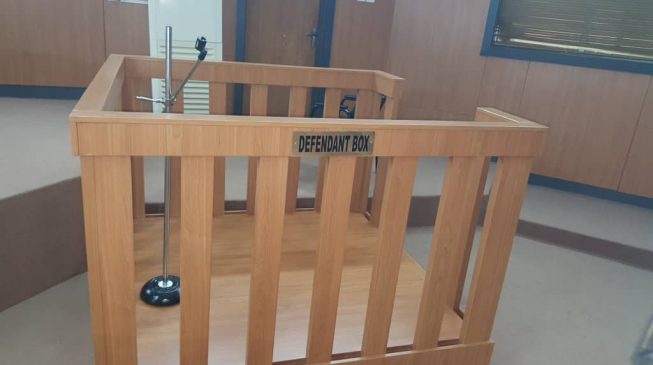 Walter Onnoghen, chief justice of Nigeria (CJN), was absent when the Code of Conduct Tribunal (CCT) commenced sitting on Monday.

Danladi Umar, chairman of the CCT, convened the session at 10am.

The tribunal had summoned Onnoghen following a petition submitted to the Code of Conduct Bureau (CCB) by a civil society group identified as the Anti-Corruption and Research Based Data Initiative (ARDI).

The CJN was accused of false declaration of assets and a six-count charge was filed against him.

Wole Olanipekun, counsel to Onnoghen, challenged the jurisdiction of the tribunal to hear the matter.

He said Onnoghen had not been indicted by the National Judicial Council (NJC), the body responsible for probing allegations levelled against serving judges.

The SAN also argued that the CJN was not served going by the law.

He said in a matter of such nature, Onnoghen ought to have been served personally except the court ordered that he be served via a substituted means.

“Your lordship will first have to determine the jurisdiction, we have to settle the jurisdiction of the tribunal. I am surprised that my learned friend is talking about arraignment,” Olanipekun said.

“Our presence [in the tribunal] is in protest with the application we have filed.”

But Aliyu Umar, counsel to the federal government, said since the CJN had been served with the summons, he ought to be arraigned.

Umar said: “We went to the CJN’s house and he (Onnoghen) directed that his private secretary receive it.”

He also said the tribunal could not entertain the defence application challenging its jurisdiction without an arraignment.

Umar then prayed the court to give time for the court summons to be served personally.

After listening to their submissions, Danladi Umar, CCT judge, fixed next week Tuesday for continuation of the matter.

Some governors from the south-south region where Onnoghen is from had asked the CJN not to honour the summons, which they described as an attempt to intimidate the judiciary.