Onnoghen has not resigned, says aide 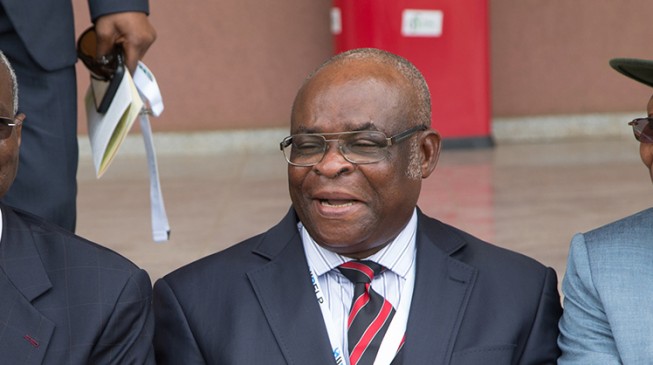 Bassey said this in reaction to some reports suggesting that Onnoghen had resigned.

The aide said the rumours were the “handiwork of mischief makers” as there was no truth in it.

“Mischief makers are still circulating this fake news. Once again, no truth in it whatsoever. The Hon CJN, Hon Justice Walter Samuel Nkanu Onnoghen, GCON, has not resigned,” he said.

“Mischief makers are still circulating this fake news. Once again, no truth in it whatsoever.”

On Friday, President Muhammadu Buhari swore in Ibrahim Muhammad as the acting CJN pending the determination of the case against Onnoghen.

Onnoghen who has been accused of false assets declaration was supposed to be arraigned at the Code of Conduct Tribunal (CCT) but he shunned the summons on two occasions.

His lawyers were still challenging the jurisdiction of the tribunal to entertain the matter when it ordered Onnoghen to step aside.

The president cited the order when he appointed Muhammad in Onnoghen’s place.