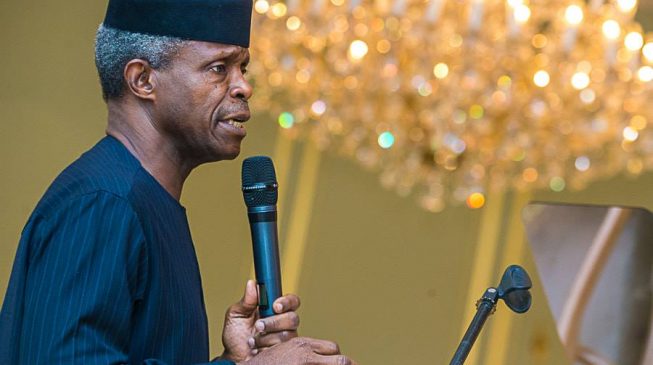 Vice-President Yemi Osinbajo, Ibrahim Magu, chairman of the Economic and Financial Crimes Commission (EFCC) have confirmed their participation at a conference on free press and objective reporting of 2019 elections.

Organised by the Online Publishers Association of Nigeria (OPAN), the event is scheduled to hold at Sandralia Hotel, Jabi Abuja, on Wednesday.

Austyn Ogannah, OPAN president, announced the confirmation in a statement signed on Tuesday.

He said the one day conference will provide an interactive platform for new media practitioners to engage with government and state institutions on issues around legal and regulatory frameworks for reporting elections and also the independence of the media.

He added that other issues to be discussed are conflict sensitiveness and hate speech, dangers of fake news and the social media and INEC rules.

Ogannah said Peter Obi, vice-presidential candidate of the Peoples Democratic Party (PDP), lawmakers and ambassadors are expected to be at the conference.

Addresses delivered at the conference will be compiled and published in a book that would be presented at the next annual conference of OPAN next year.

OPAN was registered in in 2011 to serve as an umbrella body for organisations in digital media.