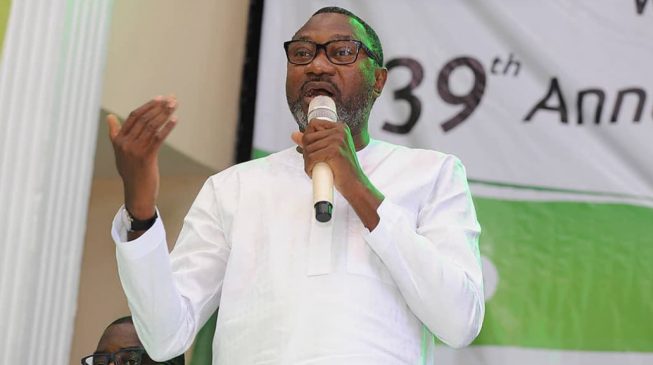 Femi Otedola, billionaire businessman, has disclosed how the Department of State Services (DSS) gave him the $500,000 he offered to Farouk Lawan, a former lawmaker.

According to NAN, Otedola disclosed this before Angela Otaluka, a judge of the federal capital territory high Court, Apo, on Monday.

Lawan was the chairman of a house of representatives committee probing the multi-billion naira fuel subsidy fraud.

He was accused of receiving money from Otedola to remove Zenon Petroleum and Gas limited, his company, from the list of oil companies allegedly involved in the fuel subsidy fraud in 2012.

In 2013, he was charged by the office of the attorney-general of the federation (AGF) for allegedly receiving bribe.

Otedola said the money was given to him by the DSS to set a trap for Lawan after he wrote a petition against him.

He said the $500,000 was a part payment of the $3 million demanded by Lawan, which was eventually given to him under the supervision of the DSS.

“Lawan said he was going to exonerate my company after giving him the money, security cameras were mounted in my living room to capture the exchange of money between me and the defendant,” Otedola said.

The judge, however, adjourned the matter till March 8 for the continuation of cross-examination of the prosecution witness.