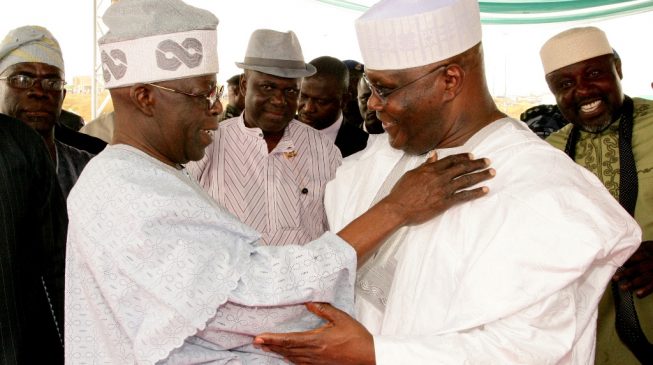 The Presidential Campaign Organisation of the Peoples Democratic Party (PDP) has described Atiku Abubakar, the party’s presidential candidate, as a consummate democrat.

Kola Ologbondiyan, director, media and publicity of the organisation, said this in a statement issued on Tuesday.

He was reacting to a statement credited to Bola Tinubu, national leader of the APC.

Tinubu had described Abubakar as an “undemocratic element” over his criticism President Muhammadu Buhari’s leadership style.

He said: “We invite Nigerians to note that all the accusations of undemocratic actions alluded to by Tinubu against Abubakar did not come under Abubakar’s purview of decision or his sphere of control while in office as the Vice President of Nigeria.

“If anything, Abubakar was in charge of the economy during the period and every Nigerian can testify that, within that time, our economy thrived to be one of the fastest growing in the world.

“And the purchasing power of citizens was much higher than what obtains today.”

He said it was unfortunate that Tinubu was attacking Abubakar at a time other respected Nigerian leaders were rallying support for him.