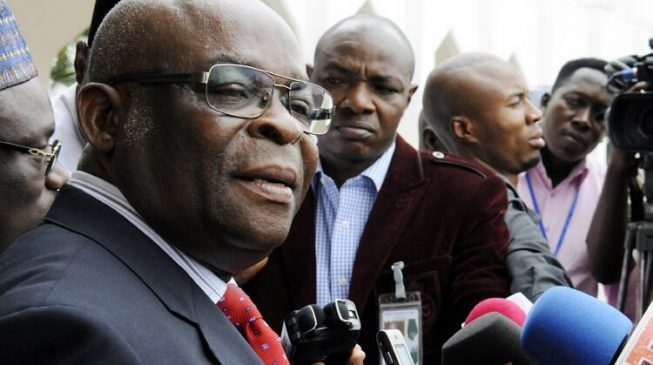 The police have sealed off the office of Walter Onnoghen, suspended chief justice of Nigeria (CJN).

TheCable understands that the police stormed the office located at the supreme court premises on Monday morning.

On Friday, President Muhammadu Buhari swore in Tanko Mohammed as the new CJN, pending the determination of the case against Onnoghen at the Code of Conduct Tribunal (CCT).

Buhari based his action on an order of the CCT. The chief justice is accused of false assets declaration.

Onnoghen was suspended on the eve of swearing in members of the 2019 national assembly, governorship and state assembly election petition tribunals which Mohammed did on Saturday.

When TheCable contacted Awusam Bassey, media aide to Onnoghen, he confirmed the ejection of staff and sealing off of the office.

TheCable had reported that there were moves to remove Onnoghen before the polls.

Despite rulings from the a high court, industrial court and the court of appeal, the CCT refused to stay proceedings in the case against Onnoghen.

Frank Mba, police spokesman, could not be reached for comments on the latest development.