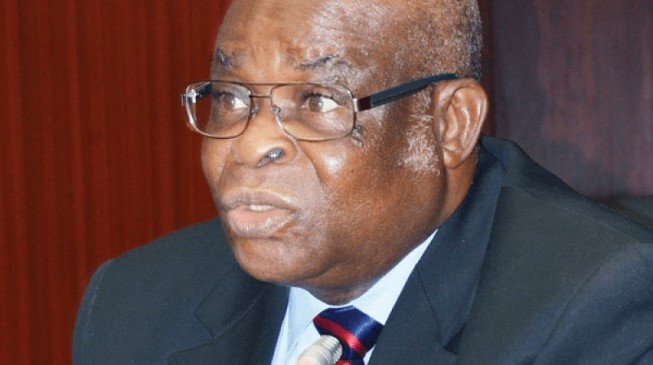 In his speech at the occasion where Onnoghen was suspended and Ibrahim Muhammad appointed in acting capacity, Buhari said Onnoghen had admitted that he failed to “follow the spirit and letter of the law” in declaring his assets.

Defending his action which was severely criticised, Buhari said ’’mistake and forgetfulness’’ are totally unknown to the law.

Below is the former CJN’s response which was obtained by TheCable:

I WALTER S. N. ONNOGHEN of THE SUPREME COURT OF NIGERIA hereby voluntarily depose to the statement averred herein knowing that whatever I write or state may be tendered against me as evidence in court. I also volunteer to state that the statement was not taken in evidence from me under duress but after the administering officer has explained and made known the details of the allegations against me.

Response to the Allegation(s):
My Asset Declaration for Nos. SCN000014 and SCN.0000 5 were declared on the same day, 14th December, 2016 because I forgot to make a declaration of May, 2005 declaration of my assets after the expiration of my 2005 declaration in 2009. Following my appointment as Acting Chief Justice of Nigeria in November, 2016 the need to declare my asset anew made to realize the mistake and then did the declarations to cover the period in default. I did not include my Standard Chartered Bank Account in SCN. 000014 because I believed they were not opened during the period covered by the declaration, I did not make a fresh declaration of asset after my substantive appointment as CJN because I was under the impression that my SCN. 000015 was to cover the period of four years which include my leave as CJN. The deposits made in my US Dollar account No. 87000106250 with STD. Chartered Bank of $10,000 at different intervals of 28/6/11 were sourced partly from my reserve and saving from my estacodes including medical expenses. The same applies to my deposit of 27/7/11 of the sum of $10,000 twice. It is important to state that prior to my opening the US dollar account I had foreign currency which I kept at home due to the fact that there existed a government that proscribed the operation of foreign currency account by Public officers including judicial Officers. It was when I got to know that the policy had changed that I had to open the said account. Upon opening the account, I was made to understand that I cannot pay in more than $10,000 at a time and per payment slip. I cannot remember the total amount I had on reserved if the time but it spread from my practice days as a private legal practitioner from 1979 – 1989. Some of the deposits are a result of forex trading AGRICODE and other investment returns were from proceeds of my investments into them. The withdrawals in the account are partly to pay children fees and upkeep abroad and further investments. My British Pound and Euro accounts with Chartered Standard Bank are savings accounts.