Rohr to Moses: You’re free to come back but we have more wingers now 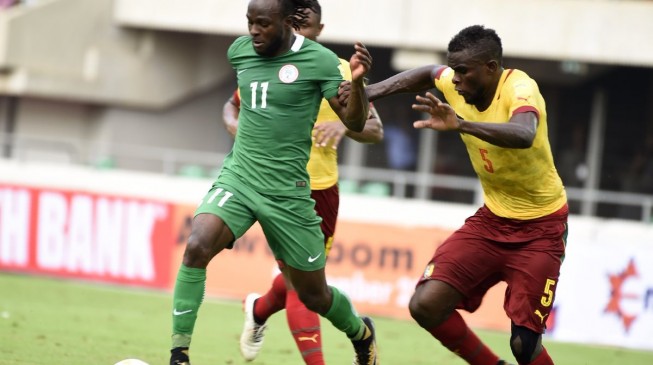 Gernot Rohr, Super Eagles Coach, says Victor Moses can return to the Super Eagles whenever he wants but he should be ready to work hard for a place in the team.

Rohr made the comment on the sidelines of the Nigeria Professional Football League (NPFL) game between MFM FC and Rangers International FC.

“Victor Moses is a player with lots of quality but stopped playing for the National team after the World Cup. We have to respect his decision not to play again,” the coach said on Wednesday.

“if he wants to come back to the team, it is okay but he must show lots of motivation, he must show that he is fit to play for the team because we have other players playing well in his position now.

“Moses has to be strong to come back to the team because we have more options on the wings now like Samuel Kalu, Samuel Chukwueze, Alex Iwobi and Ahmed Musa. All these players are on his wings.

“Victor Moses comeback is a good news for us.”

Rohr said he would present the fittest team in the last match of the AFCON qualifiers against Seychelles and the friendly match against Egypt.

“We will invite the fittest players for the AFCON qualifiers against Seychelles and the friendly match against Egypt. The best of them will play the match,” he said.

“With the level at which some of the players are now in their different clubs, I believe they should turn that form to the national team.

“For the local based players the ones that are good among them will surely be invited to the team. I regret that the league had a long break after the last season which affected the fitness of the players.

“But now that the league is on, myself and my assistants are here to watch out for the outstanding ones that can make the team.”