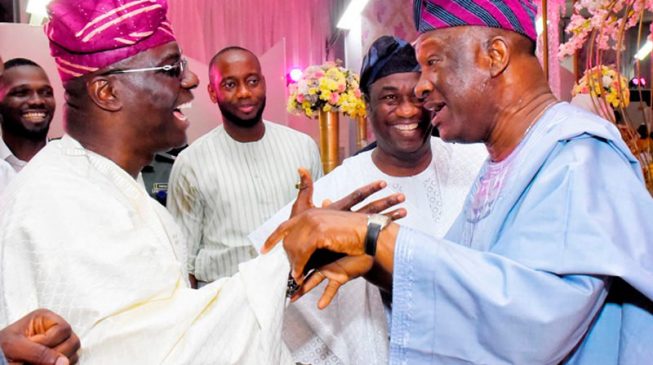 The Young African Leaders Initiative (YALI) on Wednesday held a debate for candidates contesting the governorship election in Lagos state.

Among those who participated were Babatunde Gbadamosi, candidate of the Action Democratic Party (ADP), Abiodun Dabiri of the Abundant Nigeria Renewal Party (ANRP), Funso Awe of the National Conscience Party (NCP), Adebisi Ogunsanya of the Young Progressives Party (YPP).

Others were Oluwaseun Ajireloja of the African Action Congress (AAC), Oluwasegun Musa of the Advanced Nigeria Democratic Party (ANDP) and Ifagbemi Awamaridi of the Labour Party.

However, candidates of the two major political parties in the state, Babajide Sanwo-Olu of the All Progressives Congress (APC) and Jimi Agbaje of the Peoples Democratic Party (PDP) were absent.

Julius Ilori, YALI programme manager, said the debate was organised to create a platform for prospective candidates to engage the electorates and explain their manifestoes and ideologies when they assume office

Ogunsanya, candidate of the YPP, said if elected as governor of the state, she would make sure that wastages are blocked while avenues through which people siphon money from the state is stopped.

“My government will create a good economy within rural areas by creating jobs, by opening up avenues to tap the natural endowments that are there. We will develop them to industries through public private partnership where these rural migrants can find jobs and won’t need to come to urban areas, “she said.

“My government has devised four Es. First one is to educate the citizens, developing human capital. The second one is to enable innovations and creativity. The third one is to empower the people to ensure that infrastructures are provided where necessary, road and electricity generation and everything that will make a company functional because the amount of money that is used to power generators to work makes the cost of production very high. The fourth one is to ensure that poverty is eradicated.”

While Ajireloja, candidate of the AAC, maintained that he will increase the minimum wage of workers in the state to N100, 000, Musa of ANDP said he is coming on board with green economy.

“My party is coming on board with what we call green economy. It has to do with the potential we have within the agricultural sector. We are developing mechanised farming in cash crops, fishing, animal husbandry. It will surprise you the amount of money we invest in bringing dead birds from Cotonou and Ghana that we call frozen foods. If Lagos state can encourage investors to invest in this capacity, it will create jobs. We will satisfy our local consumption. From there, we will go to satisfying export consumption.” Musa said.