Saraki: Buhari’s anti-graft war is more of a propaganda 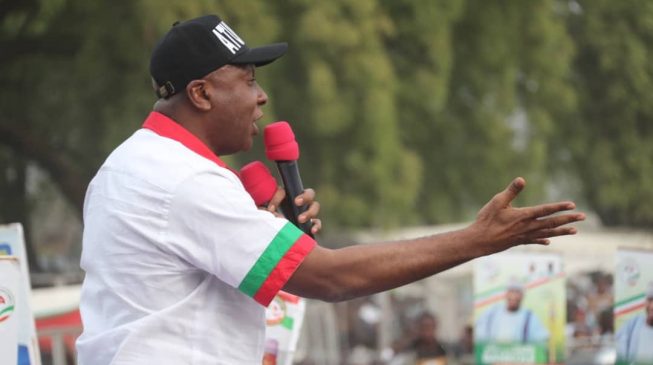 Senate President Bukola Saraki says the anti-corruption war of the President Muhammadu Buhari government “is more of propaganda than reality”.

Saraki said this in an interview with Channels TV on Wednesday.

The director-general of the Peoples Democratic Party (PDP) presidential campaign organisation said the country has relapsed on its indices on corruption.

The senate president said if Buhari is truly fighting corruption, he would have made sure that all those found wanting around him are made to face the law.

“We go to the issue of corruption. I believe that is more of propaganda than reality. Why do I say that? Even by most of the world organisations, if you look at our indices in corruption, we have gone back. And more importantly what examples are they showing in the government and anybody in the government been prosecuted in the public. None. Zero,” he said.

“If truly the president is fighting corruption, I am baffled how a member of his government who they found wanting, up till today, no charge, no prosecution.

Saraki said if the president is a man of integrity, “he must take action.”

When asked if the Saraki dynasty is strong, he said: “Very strong… you will see that when the result comes.”