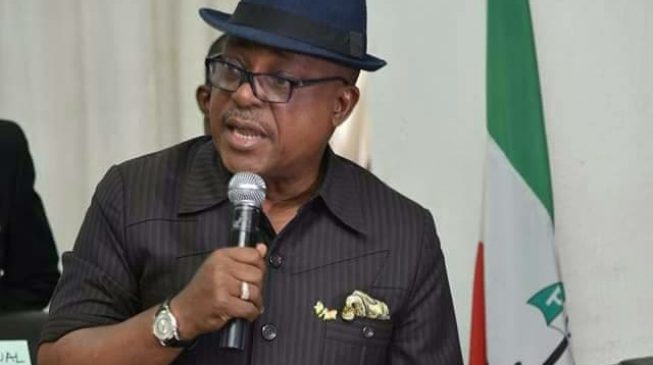 Speaking at the inauguration of 27 presidential election campaign committees at the party’s campaign office in Abuja, Secondus said it is evident that Buhari can no longer cope in office.

“There is no way this President can cope given what we are witnessing and added to the incompetence in leadership Nigerians have been seeing in the last three years. For selfish reasons, these power grabbers are putting undue pressure on the President even as it’s evident that he can no longer cope,” he said.

“Our fear is that the INEC Chairman, Prof. Mahmood Yakubu, lack the will and courage to ignore the pressure from the APC to conduct free and transparent election.

“But he should know that he would be held responsible for any fall out from a rigged election.”

Secondus said the PDP would continue to oppose Amina Zakari, a commissioner of the Independent National Electoral Commission (INEC).

“We called for her resignation from the commission but instead they appointed her as the Chief collation officer, we must continue to oppose her because we have evidence of what she did in Ekiti and Osun states,” he said.

He added that the US trip of Atiku Abubakar, presidential candidate of the PDP, “will restore the image of the country.”