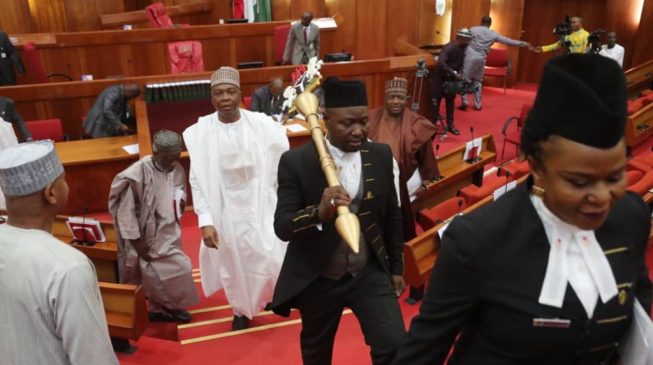 The senate adjourned plenary on Thursday  without considering the 2019 budget.

He told his colleagues that they had exceeded the time of sitting going by their rules.

“Dear distinguished colleagues, in view of the fact that it is after 2pm, we cannot proceed any further so we have to adjourn accordingly,” he said.

The recess is coming only two weeks after the national assembly resumed from the Christmas break.

The lawmakers had passed a bill seeking to increase the minimum wage to 27,000 for second reading.

The senate passed it for second reading after a letter by President Muhammadu Buhari was read by Ekweremadu for the consideration of the lawmakers.