Shehu Sani: Demand a written agreement if your zone is promised power in 2023 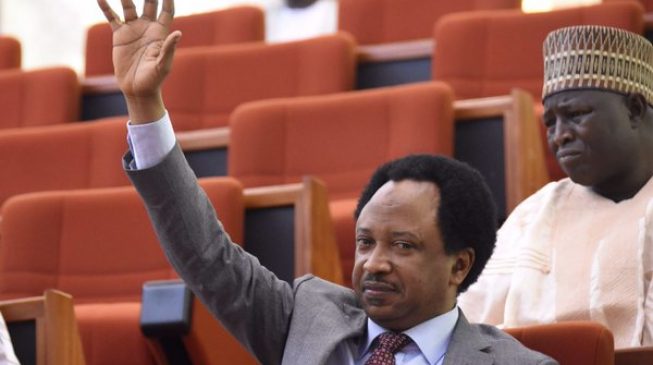 Shehu Sani, senator representing Kaduna central, says those geo-politcal zones that have been promised power in 2023 should demand a written agreement to that effect.

The senator said this via a tweet on Tuesday.

Sani said the agreement should be signed by the presidential candidates and chieftains of the political parties offering the promise and witnessed by respected traditional and religious leaders.

The lawmaker said gentleman agreement is a “hoax and a mirage.”

“If they promise your geopolitical zone political power in 2023, demand for a written irreversible and irrevocable agreement,signed by their presidential candidates and party chieftains and witnessed by respected traditional and religious leaders,” he said.

“Gentleman agreement is a hoax & a mirage.”

If they promise your geopolitical zone political power in 2023,demand for a written irreversible & irrevocable agreement,signed by their presidential candidates & party chieftains & witnessed by respected traditional & religious leaders.Gentleman agreement is a hoax & a mirage.

684 people are talking about this

Babatunde Fashola, minister of power, works and housing, had said the south-west has more to gain by re-electing President Muhammadu Buhari.

The minister said the re-election of Buhari would guarantee that power would come to the south-west in 2023.

But he is not the only one that has made such statement.

In November, Boss Mustapha, secretary to the government of the federation (SGF), asked the south-east to endorse Buhari re-election bid in order to secure the presidency in 2023.

“I urge the south-east to look at this matter seriously that every time we have a presidency in Nigeria, it is negotiated in several ways,” Mustapha said.

“Either negotiated by votes or what you bring to the table and you must negotiate from the position of strength.”