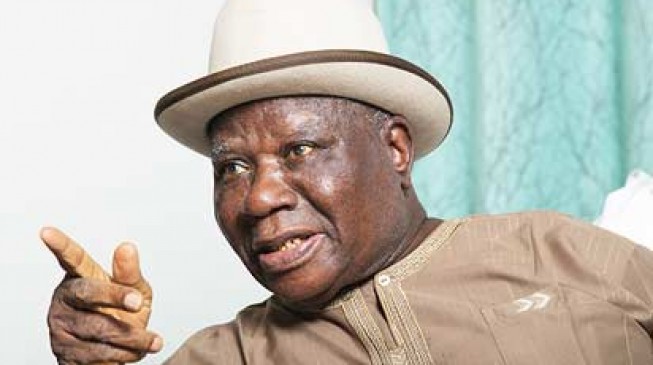 The Southern and Middle Belt leaders forum has convened an emergency meeting over the suspension of Walter Onnoghen as chief justice of Nigeria (CJN).

He backed his action with an order of the Code of Conduct Tribunal (CCT).

In a statement signed by Edwin Clark (south-south); Ayo Adebanjo (south-west); John Nwodo (south-eeast) and Pogu Bitrus (middle belt), the group demanded a reversal of the suspension, describing it as “a coup against constitutional democracy in”.

It called on Nigerians to rise up against “dictatorship” and use all legal means to defend the democracy.

“This is a constitutional crisis foisted by desperation and morbid desire to foist rule of thumb,” the statement read.

“We have checked through the constitution and the President has no power to unilaterally suspend the CJN.

“Section 292 of the amended 1999 Constitution is clear that the President can only remove the CJN with 2/3 of Senate resolution.

“To us, what has been done is resort to self-help after the Court of Appeal issued an order stopping the trial of the CJN by the CCT presided over by a man answering charges in court over corruption allegations but still in office.

“The latest action is a clear suspension of the constitution and enthronement of full blown dictatorship.

“We reject the illegal suspension and demand its immediate reversal. The suspension is null and void and of no effect whatever. An emergency meeting of the Forum holds shortly on this total aberration.

“We call on all Nigerians to wake up to the reality that our democracy is now under threat and use all constitutional means to defend it. We must not surrender to this authoritarian rule.”