SPOTLIGHT:Erelu Asa Ile Yoruba to Erelu Asa of Nigeria... What is next?

Having been vested as the Erelu ASA of Nigeria on Friday 29, December 2017 at the Royal Court of Ila, Ila Oragun by HRM Oba Abdul-wahab Kayode Adedeji Oyedotun, Arutu Oluokun Bibire 1, Funmilayo Rotiba whose well founded activeness is chiefly acknowledged by those in the know, was beyond as always ever-active with culture combined with tourism related activities in the year 2018.

The erstwhile Erelu ASA of Ile Yoruba on the strength of refusing to be idle knowing that the spirit of God is active 24 hours ended her first year as Erelu ASA of Nigeria with Awards for excellence owing to her immense responsiveness to promoting our culture and traditions.

Godfreytimes learned that if the culture-spirited personage ups her being responsive in the spheres of culture and traditions, we might be seeing the next Erelu ASA of Nigerians in Diaspora—I have absolutely no idea if such position exists but given that positivity houses positions—it could most likely be created—what is clearly evident is that her track records speaks hugely for the culturally beautiful, traditionally enlightened, Funmilayo Rotiba, a graceful personality of the Nigerian heritage recognized in Africa and beyond for her culture-promoting efforts.

Godfreytimes will in this month of January bring you “First Year as Erelu ASA of Nigeria”. 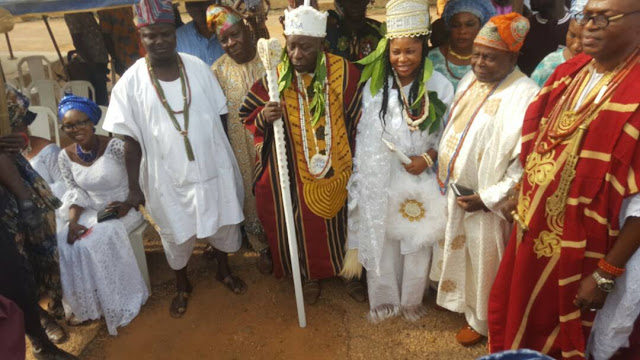 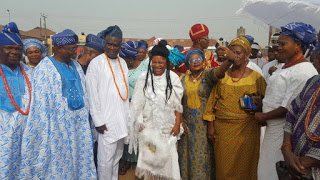