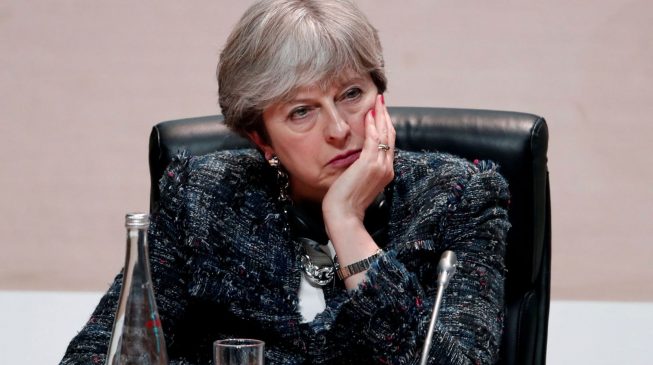 UK Prime Minister Theresa May has suffered the biggest loss in the country’s history as members of parliament reject her Brexit deal by an overwhelming 230 votes.

The parliamentarians who voted on Tuesday evening made it clear that they were not in support of May’s deal, despite having just 72 days till Britain’s Exit from the EU is triggered.

According to BBC, the MPs decided 432 votes to 202 to reject the deal, which sets out the terms of Britain’s exit from the EU on March 29.

The last time the sitting government recorded a defeat by more than 100 votes was in 1924 during the minority Labour government of that era.

FRESH VOTE OF NO CONFIDENCE

Jeremy Corbyn, the leader of the opposition party, immediately called for a vote of no confidence in the government, which is expected to lead to a general election in the country.

“This is a catastrophic defeat. The house has delivered its verdict on her deal. Delay and denial has reached the end of the line,” Corbyn said.

In response to this, May said, she would make time for the debate on the vote of no confidence in her government by Wednesday.

Before the MPs voted, May made a last minute speech, where she told them that this will be the most important vote in their political career — including hers.

“This is the most significant vote that any of us will ever be part of in our political careers,” she said.

“After all the debate, all the disagreement, all the division, the time has now come for all of us in this house to make a decision. A decision that will define our country for decades to come.”

The defining vote may see the end of the May administration, if a new election is called.

The British PM survived a vote of no confidence in her leadership only a few weeks ago.