Timing of Onnoghen’s suspension gives cause for concern, says UK 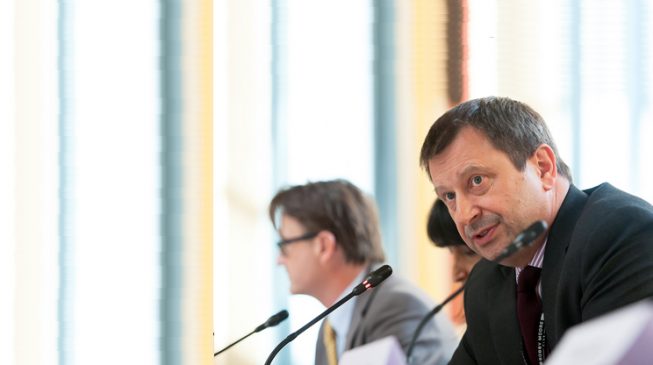 The British high commission says the removal of Walter Onnoghen as chief justice of Nigeria (CJN) gives cause for concern.

President Muhammadu Buhari replaced Onnoghen with Ibrahim Muhammad on Friday, citing an order of the Code of Conduct Tribunal (CCT).

The action has sparked outrage within and outside the country.

In a statement on Saturday, the commission acknowledged the sovereignty of Nigeria but said the action could affect perceptions about the elections.

It said the international community is monitoring developments in the country closely, urging stakeholders to work towards achieving free and fair elections.

“The British High Commission expresses serious concern over the suspension of the Chief Justice of Nigeria. We have heard a wide range of credible and independent voices, including in the Nigerian legal profession and civil society, who have expressed concern over the constitutionality of the executive branch’s suspension of the chief officer of the judiciary,” the statement read.

“We respect Nigeria’s sovereign authority and its right to adjudicate on constitutional provisions but as friends of the Nigerian people, we are compelled to observe that the timing of this action, so close to national elections, gives cause for concern. It risks affecting both domestic and international perceptions on the credibility of the forthcoming elections. We, along with other members of the international community, are following developments closely.

“We encourage all actors to maintain calm and address the concerns raised by this development through due process, demonstrating their commitment to respecting the constitution and the impartial administration of the rule of law. We further urge them to take steps to ensure that elections take place in an environment conducive to a free, fair and peaceful process.”

Meanwhile, the European Union has also reacted to the suspension of the nation’s number five citizen.

In a statement, EU said it spoke out based on invitation to cover the election extended to it by the Independent National Electoral Commission (INEC).

“The EU Election Observation Mission (EU EOM) is very concerned about the process and timing of the suspension of the Chief Justice of Nigeria. Honourable lustice Walter Onnoghen, on 25 January,” the statement read.

“With 20 days until the presidential and National Assembly elections, political parties, candidates and voters must be able to have confidence in the impartiality and independence of the judicial system.

“The EU EOM calls on all parties to follow the legal processes provided for in the Constitution and to respond calmly to any concerns they may have.”