US concerned about neutrality of security agencies during election 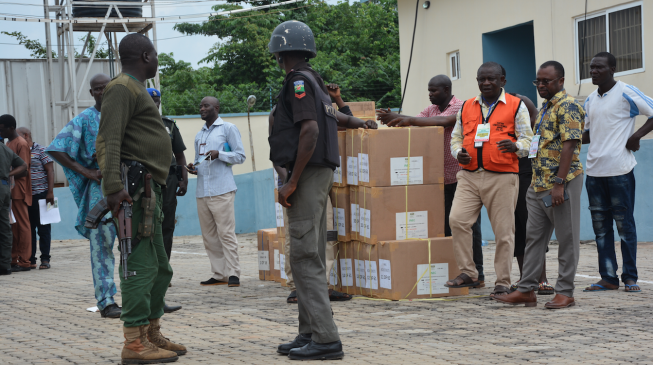 The United States has raised concern over the handling of security in the elections, starting in February.

David Young, a representative of the US embassy in Nigeria, said this during a meeting with officials of the Independent National Electoral Commission (INEC) at the commission’s headquarters in Abuja.

He said the US government is supporting INEC and the work it is doing.

He also added that he hoped that Mohammed Adamu the new inspector-general of police (IGP), would cooperate and give the necessary support.

On the other hand, Ketil Karlsen, European Union (EU) ambassador to Nigeria, said the EU was meeting with INEC to get updates on the preparations for the election.

“Our only real mission here is for Nigeria to succeed in having fee, fair transparent and credible elections,” he said.

“We want to be briefed by you on the preparation for the election. We already have long term observers.”

Mahmood Yakubu, INEC chairman, responded that the electoral body will not disappoint the international community.

“We have concluded and published the guideline, we have finalised the manual for the election to be used for training staff for the election. We are recruiting as hoc staff and will soon start training them. We are aware the election is going to be an intense media event,” he said.