US Chamber of Commerce confirms Atiku’s business meeting in Washington 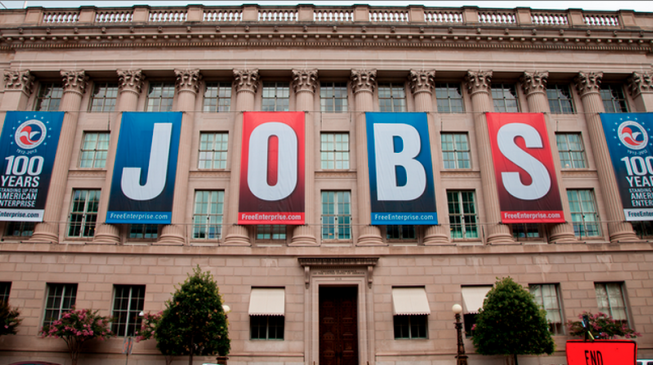 The United States Chamber of Commerce has confirmed a private meeting with Atiku Abubakar, the presidential candidate of the Peoples Democratic Party (PDP).

In a mailed response to TheCable’s inquiries on attending the meeting, Katharine Cooksey, senior manager, media and external communications, US Chamber of Commerce, said no reporters will be able to attend the meeting.

“Thank you for reaching out to us. The event you mention is private, closed press, and off the record,” Cooksey said.

“Only U.S.-Africa Business Center members are invited. No reporters will be able to attend.”

TheCable had initially tried to confirm the details of the event from the chamber and the US Africa Business Centre websites, but there was no record of the meeting.

“Just arrived Washington D.C for meeting with US government officials, Nigerians living in D.C metropolis and the business community,” Atiku tweeted with his signature AA.

The chamber is the largest lobbying group in the US, spending more money than any other lobbying organization on a yearly basis.

It has specific economic and political leanings, which plays major roles in elections in the United States and the creation of jobs in the world’s largest economy.

Atiku has built his campaign around job creation, running with the tagline: “Atiku means jobs”. It is, however, unclear how Atiku’s meetings will further facilitate his quest to create jobs in Nigeria.