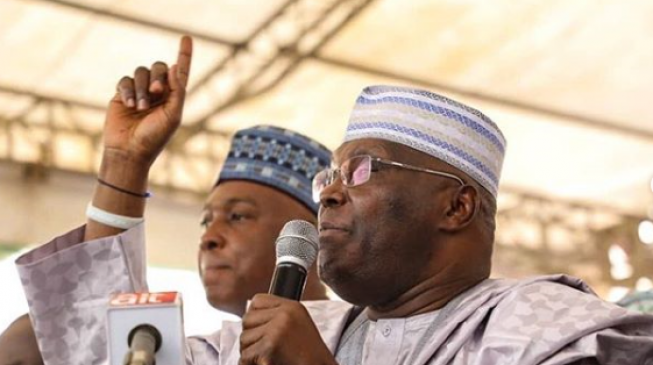 Chuks Ibegbu, deputy national publicity secretary of the organisation, issued the denial while speaking at a press conference in Enugu on Thursday.

Ibegbu said the clarification became necessary following misconceptions over the event of November 2018 where some Igbo leaders endorsed Abubakar for president.

The leaders were said to have endorsed the PDP presidential candidate after he met with them.

He said the endorsement was done by the “friends of Atiku”, adding that the organisation has not endorsed any particular candidate.

He said the organisation needs to be circumspect, “as our children are in all the political parties”.

“It is erroneous to say that we endorsed Atiku. Ohaneze Ndigbo did not endorse anybody. That meeting at Nike Lake Resort was organised by friends of Atiku,” he said.

“However, due to our peculiar circumstance in the country, we will identify with candidates that will restructure Nigeria if voted into power.”

He said the organisation would soon meet to take a holistic position on the 2019 general election.

According to him, “Ohaneze Ndigbo has been canvassing for our people to identify with candidates that will restructure Nigeria.

“We still stand on that and in the next few days we shall meet to take a holistic position on the elections.”

Ibegbu said the John Nwodo-led Ohaneze Ndigbo has given its “modest contribution by re-jigging Igbo leadership and issues concerning our people”.

He said the current leadership of the organisation had built synergy with its affiliate groups with a view to achieving unity in the south-east.