Yari: Why all govs — even those in PDP — will work for Buhari’s reelection 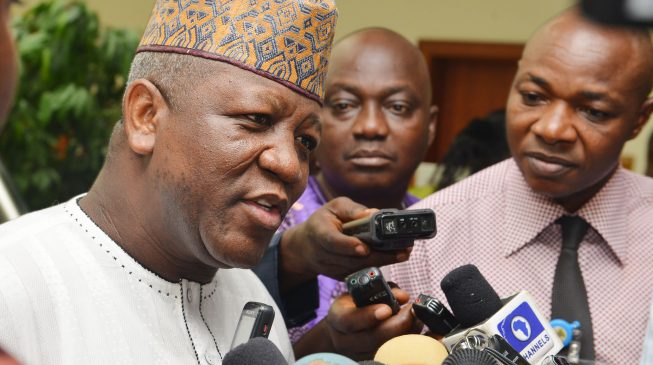 Abdul’aziz Yari, governor of Zamfara, says the 36 state governors will work towards the successful reelection of President Muhammadu Buhari.

The Zamfara governor is the chairman of the Nigeria Governors’ Forum (NGF).

He made the comment on Tuesday in Abuja at the inauguration of a group known as ‘Forward With Buhari Grassroots Mobilisers Goodwill Ambassadors’.

Yari said governors across the federation will rather vote for President Buhari even if they belong to opposition parties.

He said the president has done a lot for the governors irrespective of party affiliation.

Yari said one of such things was the bailout fund which was paid to all state governors to offset workers’ salaries and outstanding arrears.

The NGF chairman said the bailout was paid across board, adding that the fund went a long way in improving the lot of people in the states.

He further said Buhari’s administration had also embarked on infrastructural development across states, saying it is another reason the governors were working to ensure his re-election.

He urged the governors, especially those in states controlled by the All Progressives Congress (APC), to coordinate door-to-door campaigns.

“As governors, the responsibility is on us to work for the actualisation of President Buhari`s re-election come February 16,” Yari said.