‘Your statements on Onnoghen driven by unfounded assumptions’ — Presidency hits UK, US again 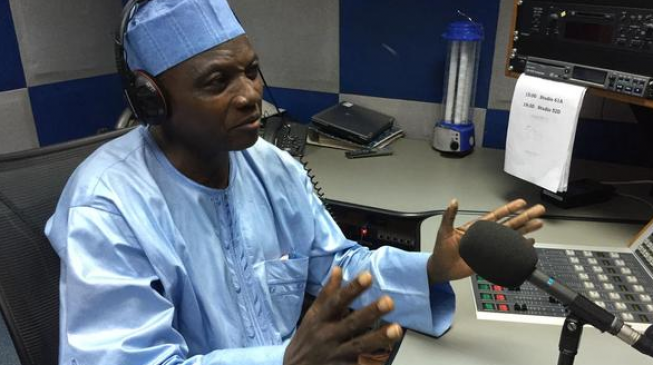 The presidency has once again criticised the US, UK and EU over their statements on the suspension of Walter Onnoghen, chief justice of Nigeria (CJN).

President Muhammadu Buhari suspended Onnoghen  on Friday over the false declaration of assets charges filed against him.

Although he failed to appear before the CCT which summoned him, the tribunal ordered that he be replaced with Ibrahim Muhammad.

The implementation of the order triggered fierce criticisms, with the UK, US and EU, calling on the Buhari administration not to heat up the polity.

In separate statements, they said the action could affect the credibility of the general election.

Garba Shehu, senior special assistant to the president on media and publicity, had said Nigeria would not accept foreign interference.

However, in another statement on Sunday, Shehu said the statements of the foreign countries were based on unfounded assumptions.

He said linking the suspension to the elections is illogical, advising them to  refrain from “being too hastily attracted by the arguments of those who have partisan agenda at odds with the government’s positions”.

Below is his statement:

The Presidency notes with interest the coordinated statements of the US, UK and EU linking the suspension of CJN Onnoghen to the conduct of the upcoming elections. We appreciate the concerns voiced by the three statements and accept that the authors of the statements believe they were acting in friendship toward Nigeria with regard to making the statements.

However, we also note that friends, when not properly informed or acting in haste, can indeed make serious mistakes even with the best of intentions. Such is the case here.

The statements by the three seem more driven by unfounded assumptions and to be honest, a certain condescension to this African democracy. This is unfortunate. But this gives us an opportunity to clarify some points in the hope that these three friends reach a deeper understanding of the situation.

The statements by the US, UK and EU speak of their respect for constitutional practice and fair elections. However, the positions they stake tend to contravene rather than strengthen these laudable objectives.

CJN Onnoghen’s situation is one of his own making and, to a large degree, his own choosing.

The CJN was brought before the CCT because of a serious breach of law regarding his assets declaration. This is not a mere technicality like innocently placing a document in a wrong file or mistakenly placing yesterday’s date on a document.

All credible evidence indicates the CJN owned and operated several secret bank accounts. Unexplained large sums of money, exceeding several million dollars have passed through these accounts. Several thousand dollars are currently parked in the accounts. Multiple deposits of equal sums of money were deposited in some of those accounts during the same day. Such rapid and equal deposits are indicative of a person attempting to evade banking reporting laws and regulations.

Thus far, CJN Onnoghen has given no plausible explanation for the funds or for failing to report the subject accounts in his assets declaration despite having ample time and opportunity to explain the omission. Given the amount of money involved and the CJN’s inability to explain the source of the funds, the most plausible explanation at this point is also the most unfortunate explanation. No one did this to CJN Onnoghen. He and he alone is to blame for this turn of events.

Over the years and with great frequency, the authors of the three statements have advised and even chided Nigeria about official corruption. Now we are presented with the sad and unwanted situation where the CJN is discovered to have a vast, unexplained amount of money in his pocket.

Because of this he has been thoroughly discredited. It is untenable that a person in such compromised circumstances would be allowed to preside over the entire judicial system of a great nation. That would travesty the nation and what it stands for.

Had the situation been reversed and the US, UK or any EU member government found that its chief judicial official is the recipient of large sums of money of questionable origin and Nigeria suggested that you retain the person in that position, you would question Nigeria’s bona fides. You also would swiftly move to suspend the official pending final determination of the causes against him.

Not one of your nations would allow a person enmeshed in legal uncertainty to preside over your legal systems until the cloud has been cleared from him. That would incentivize corruption and assault the rule of law.

Thus, the CJN should have and could have helped the process in this regard by recusing himself from the bench until this matter is settled.

Instead, he indefinitely postponed a NJC meeting for no plausible reason except to avoid any consideration of this matter by the NJC.

Again, this calls into question his motives while undermining the normal operations of the judiciary. The CJN cannot be allowed to use his office to shield himself from the normal operation of the law as applied to any other jurist or any other Nigerian for that matter. Such a ruse is effectively an abuse of office. His position is one of utmost public trust; it is not a shield to protect him from the fair consequence of his own actions.

Despite these errors and omissions by the CJN, let us make this very clear, he has not been removed from office. Nor has he been permanently replaced. Those who claim that he has been permanently removed, do so out of imprecision of thought or mischief.

CJN Onnoghen has been suspended pending the final determination of the substantive issues in his matter. The suspension is only temporary. This is only as it should be. He cannot sit as both defendant and umpire in his own matter. No legal system allows for such self-interested adjudication; the US, UK and EU should not now ask us to embrace such an anomaly.

Last, the three make a curious direct linkage between the CJN suspension and the elections. However, in Nigerian law there is no such linkage. The CJN does not run the election. Nor is he the first arbiter of any electoral complaints. He and the Supreme Court will only get involved as the final arbiter at the end of the appellate process.

For the authors to link the CJN to the elections in this way is illogical unless they assume that election complaints will be filed and will go all the way to the Supreme Court. Here perhaps they know something about the intentions of certain political actors to which we are not privy.

Yet, even with that, the US , UK and EU should want any such matters to be heard by a Supreme Court led by a CJN without an obvious and outstanding ethical and legal blemish on his ledger. To have such a person preside over any case, would call into question the impartiality of any decision rendered and undermine the rule of law.

This cannot be what these three friends of Nigeria intended. Thus, they should do a bit more research on this matter and refrain from being too hastily attracted by the arguments of those who have partisan agenda at odds with the government’s positions on most matters and who thus hope to use this issue as a new arrow in their quiver of partisan contestation.