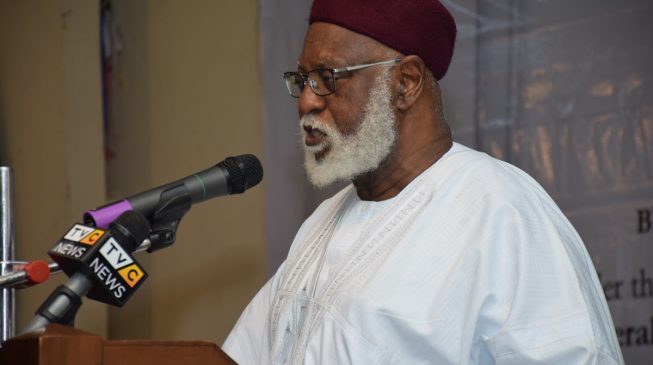 The Goodluck Jonathan Foundation is bringing together stakeholders from all over Africa for a one-day conference to discuss ways of preventing election-related violence on the continent.

The event will hold one week to the 2019 presidential poll. It is scheduled for Transcorp Hilton Hotel in Abuja on February 7, 2019.

The conference with theme “Peaceful Elections and National Development” will be chaired by Abdulsalami Abubakar, former head of state and chairman of the National Peace Committee.

In a statement issued in Abuja, David Akuta, acting director-general of the foundation, explained that the programme is in line with GJF’s mission of striving to consolidate democracy and peaceful political transitions in Africa.

According to him, participants would be discussing the measures that would bring about peaceful conduct of 2019 elections in Nigeria and other African countries.

He said personalities like Hassan Kukah, Catholic bishop of Sokoto diocese and convener National Peace Committee of Nigeria, Al-Hassan Conteh, Liberia ambassador to Nigeria as well as Fidele Sarassoro, chief of staff to the president of Cote d’Ivoire, will serve as the key speakers at the event.

Akuta said the conference is necessary because many African countries are due for general and legislative elections in 2019, adding it would seek to proffer useful propositions in the effort to find solutions to the crisis that often characterize political transitions in Africa.

“Consistent with the mandate of the Foundation and building on the political philosophy of its Founder, His Excellency Dr. Goodluck Ebele Jonathan, participants are expected to bring forth ideas on how to ensure peaceful conduct of 2019 elections and resolution of disputes/conflicts that may threaten peace, security and stability of the nation, thus leading to peaceful transition outcomes,” he said.