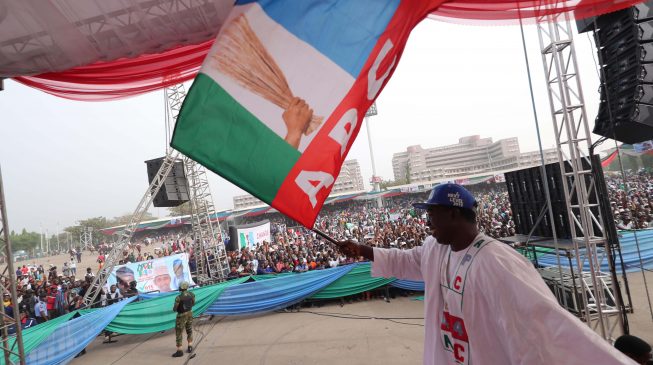 The court of appeal sitting in Abuja has set aside the judgment of the federal high court, Abuja, which held that the Zamfara state chapter of the All Progressives Congress (APC) can not field candidates for the general election.

Citing its inability to conduct primaries before the stipulated deadline, the Independent National Electoral Commission (INEC) had barred the ruling party from participating in the election in the north-west state.

On January 25, a federal high court in Abuja held that INEC was right to have delisted names of candidates APC presented for the elections.

The court ruled in favour of the commission, stating that the APC failed to conduct primaries within the required period.

But a 3- man panel of the appellate court held that the trial court lacked the jurisdiction to have entertained the suit, that it was an abuse of court process.

The panel said the suit at the federal high court was filed out of time.

It said while the electoral act provided for 14 days to institute a suit after the cause of action had arisen, the suit was filed 15 days after, making the action illegal.

The appellate court ruling comes one week after Abubakar Malami, attorney-general of the federation, asked INEC to postpone elections in Zamfara state.

In a letter dated February 13, 2019, Malami said he acted based on a petition from a law firm claiming that recent court judgments have annulled the stand of INEC that the APC did not conduct primaries in the state and can therefore not field candidates.

He had said since the courts admitted that primaries were held, INEC should shift the elections to allow APC catch up with other parties in preparing for the polls.

But the commission had disregarded Malami’s letter.

At a press conference in Abuja on Thursday, Mahmood Yakubu, INEC chairman, had insisted that APC in Zamfara would not field candidates.

Abdulaziz Yari, governor of the state, had threatened that elections will not hold in Zamfara without APC participating in them.