Army: It’s untrue that 60 were killed in Rann 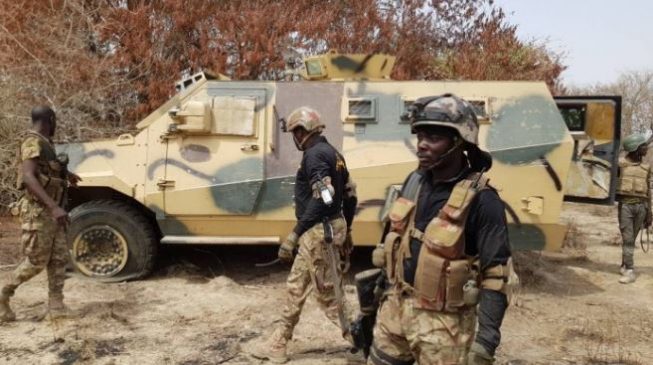 The Nigerian army has dismissed the reports of Amnesty International that 60 displaced persons were killed by the Boko Haram insurgents at Rann community in Kala Balge local government area of Borno state.

Amnesty International had said Boko Haram insurgents attacked the community sequel to the withdrawal of troops from the area.

But he said no evidence of such attack as well as the murder of 60 persons by the insurgents on January 28.

“The attention of the Theatre Command, Operation LAFIYA DOLE has been drawn to recent claims by Amnesty International (AI) that troops’ abandonment of their deployment led to the killing of 60 civilians in Rann on Jan. 28, 2018,” he said in a statement.

“Undoubtedly, it is disheartening that the situation of Internally Displaced Persons ( IDPs) who are already traumatized, having been displaced from their ancestral homes by insurgency, is being further aggravated by recent callous Boko Haram attack on the IDP community.

“However; it is most unacceptable and unfair for AI to make such outlandish and unverified claims that troops abandoned their deployment a day before Boko Haram attack on the location, thereby exposing the IDPs to a deadly attack.

“This claim is not only bereft of truth, but in its usual mannerism, another futile effort by AI to portray the Nigerian military as incapable and project the Nigerian government as not protective of her people in the eyes of the global community.

“It is, therefore, inevitable to address this misinformation being peddled and fed the public from AI’s obviously uninformed report.”