Atiku: APC has asked China-trained officials to slow down card readers in my strongholds 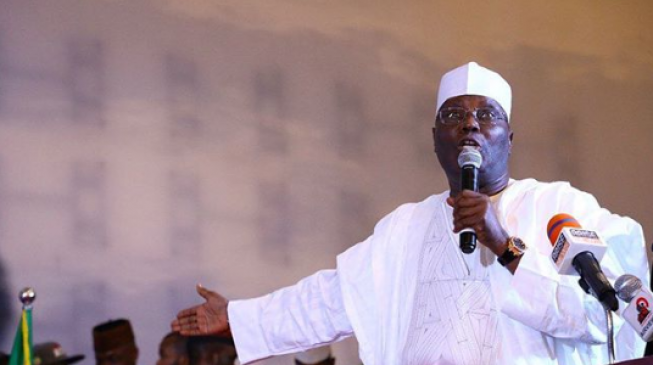 Atiku Abubakar, the presidential candidate of the Peoples Democratic Party (PDP), says the All Progressives Congress (APC) has China-trained operatives who will slow down card readers in PDP strongholds.

Speaking at the 84th emergency meeting of the PDP national executive council in Abuja on Tuesday, the former vice-president said the operatives would hasten the speed of card readers in President Muhammadu Buhari’s strongholds to allow for more voters.

“So, if you are in the South-south, South-east and North-central, you are likely to get your card readers to be slowed by those APC operatives.

“If you are from the North-west or North-east, the tendency is that they will use these machines to fast-track the readings of your card readers so that many of their supporters can vote while disenfranchising the other three zones.”

He said his party is currently disseminating information to its members on the APC plan to use a handheld device to slow down INEC smart card readers.

“I thought you should know that we have supplied the information to the campaign council, and you will even see the copy of the machine which each and every one of those operatives is to hold.

“It is like a telephone but that is its job. I felt I should let you know, and you should be guided accordingly.”

The meeting was attended by the bigwigs of the PDP, including Senate President Bukola Saraki; Yakubu Dogara, speaker of the house of representatives; Uche Secondus, the party chairman.