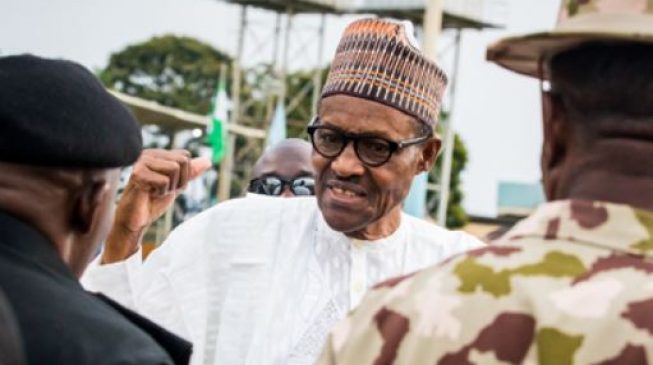 The president disclosed this at the All Progressives Congress (APC) presidential campaign rally in Ado-Ekiti, capital of Ekiti state on Tuesday.

He said fighting corruption in a nation like Nigeria was not an easy task but vowed to carry on.

“We are fighting corruption but it has not been easy. But we told the security agencies to keep tabs on those on our watch list and ensure that no stone is left unturned in ensuring that those who have cases to answer do not escape justice,” he said.

Buhari said he was quite conscious of the promises he made while contesting four years ago, particularly the ones that have to do with corruption, insecurity and economic diversification.

“As part of our promises, we are building roads, rail lines and fighting corruption. We introduced treasury single account and increased power supply, so Nigerians can have their own businesses,” he said.

He said in addition to the fight against corruption, his administration had made efforts in the last three and a half years to revamp the economy and rebuild social infrastructure, such as roads, rail services and power generation.

Buhari expressed gratitude to the people, saying, “I want to be grateful to Ekiti voters because the two times I came here, I achieved success.

“I came here in 2014 and I also came here to campaign for Fayemi. He won the governorship election. So, I thank you.”

Also at the rally were Bisi Akande, a former interim chairman of the APC; Bola Tinubu, a national leader of the ruling party, and Olusola Oke, a party chieftain.

At the rally, a former deputy governor of Ekiti, Abiodun Aluko, formally defected to APC.