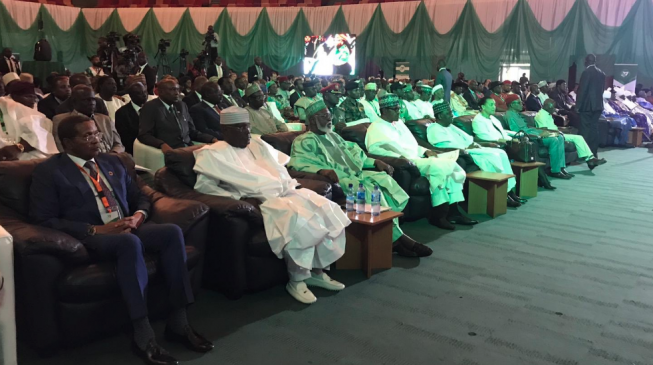 President Muhammadu Buhari and Atiku Abubakar, former vice-president and candidate of the Peoples Democratic Party (PDP), have arrived at the International Conference Centre (ICC), Abuja to sign a peace accord.

Also present at the peace accord signing is Mahmood Yakubu, chairman of the Independent National Electoral Commission (INEC), and Abdulsalami Abubakar, the chairman of the National Peace Committee.

Patricia Scotland, the secretary-general of the Commonwealth; Mathew Kukah, Bishop of the Roman Catholic Diocese of Sokoto, as well as other members of the National Peace Committee (NPC), are in attendance.

Yakubu Gowon, former head of state, is also present at the ICC to witness the historic event.

Speaking at the event, Atiku said the Nigerian democracy has matured over the years, with the support of the international committee. 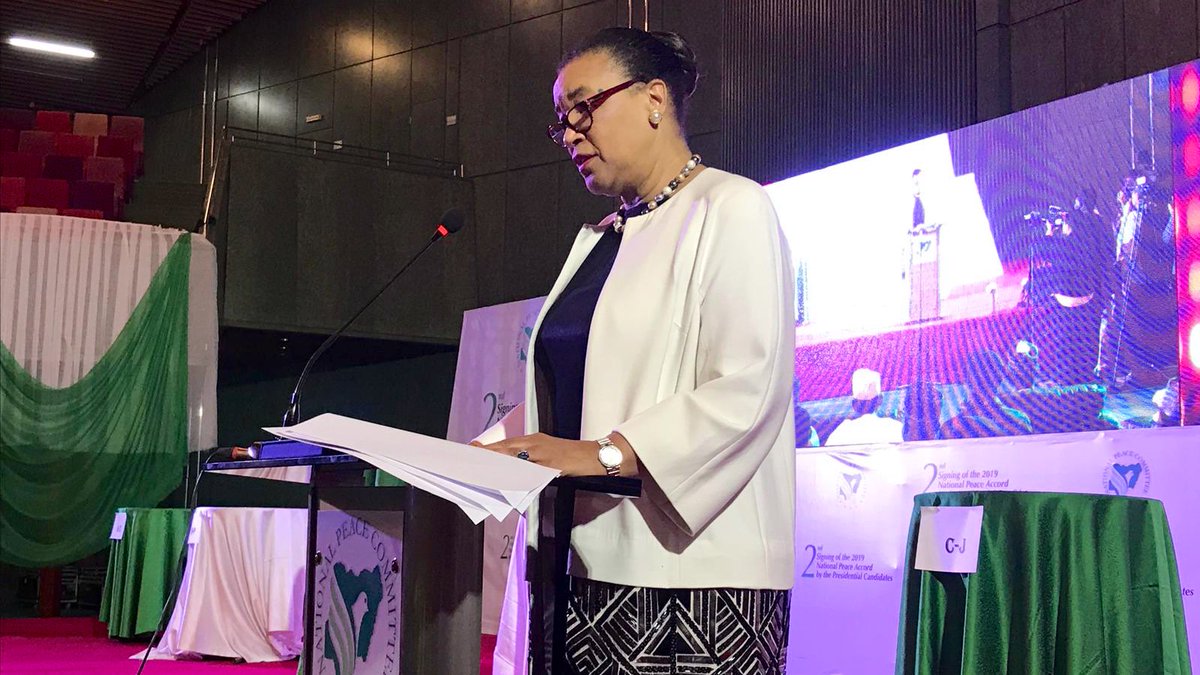 Scotland said the National peace accord to be signed by the major presidential aspirants in the 2019 general election is consistent with the values and principles of the Commonwealth.

She called on all parties involved to ensure peaceful, free, fair, and credible election in Nigeria.

Bill Clinton, former US president, had pulled out of the accord, following the cancellation of his visit to Nigeria less than 48 hours to the event.