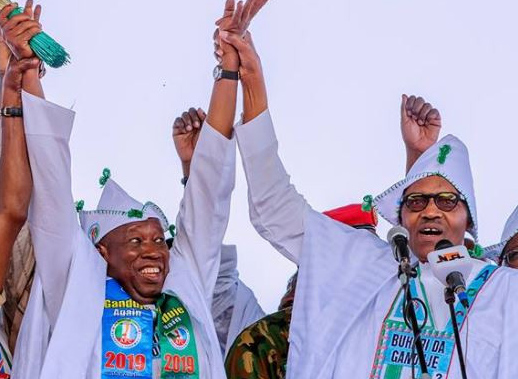 President Muhammadu Buhari is ahead of Atiku Abubakar, his main challenger in the election, in 10 out of the 44 local government areas of Kano state.

Kano is the stronghold of the president but Atiku pulled a surprise when he campaigned in the ancient city two weeks ago.

The Sani Abacha Stadium where he used as filled beyond capacity.

But at the end of collation of results by officials of the Independent National Electoral Commission (INEC) in 10 LGAs, Buhari is in clear lead.

In Madobi, the local government of Rabiu Kwankwaso, a strong ally of Atiku, Buhari secured 26,110 votes ahead of Atiku’s 13,111.

In Dawakin Tofa, the local government area of Abdullahi Ganduje, the governor, Buhari had 37,417 votes while Atiku polled 6,507.

The collation of results is ongoing while INEC has announced that the final results will be announced on Monday.