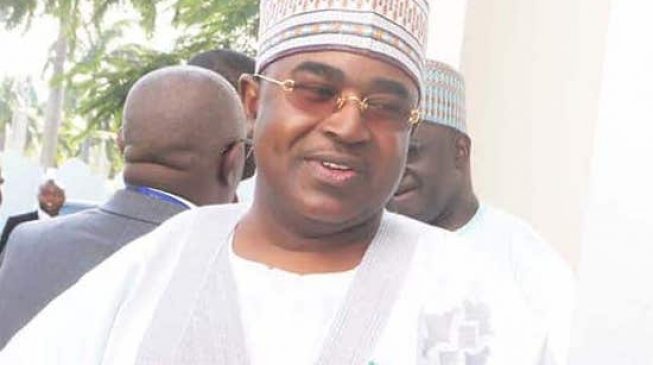 Security operatives attached to President Muhammadu Buhari prevented some aggrieved youth from attacking Buba Marwa, former military administrator of Lagos state, at the presidential rally of the All progressives Congress (APC) in Adamawa state on Thursday.

Trouble started after Marwa, who addressed the rally in Hausa, was accused of saying some uncomplimentary things about Mohammed Bindow, governor of the state.

Marwa and the governor belong to different factions of the APC in the state. The ex-military administrator is of the Mahmood Halilu faction which lost the battle to secure the governorship ticket to Bindow’s group.

Despite the backing of Aisha Buhari, wife of the president, Haliliu who is Buhari’s in-law failed to secure the governorship ticket.

Buhari had pacified the angry youth and directed security operatives to whisk Marwa from Ribadu Square, Yola, venue of the exercise.

Marwa is an ally of the president. On Monday, he led former military generals to Aso Rock to endorse Buhari for another four years.

He currently heads the presidential advisory committee on the elimination of drug abuse in the country.

Marwa had said if Buhari had failed in his duties, they would not have endorsed him.

“As an officer and a gentleman, his word is his bond. After winning the elections, he brought out simple three-points programme – security, economy and fighting corruption. He led the fight and is leading the fight by personal example. That is the height of leadership. Do as as I do not as I say. He has demonstrated that,” he had said.

Asked if the endorsement was out of fear, Marwa said: “Absolutely not.”

At the rally, Buhari pledged to complete the abandoned federal government projects in Adamawa, especially those started under the Petroleum Trust Fund (PTF), if re-elected.

Buhari told the crowd that his administration had fulfilled the promises made in the 2015.